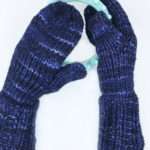 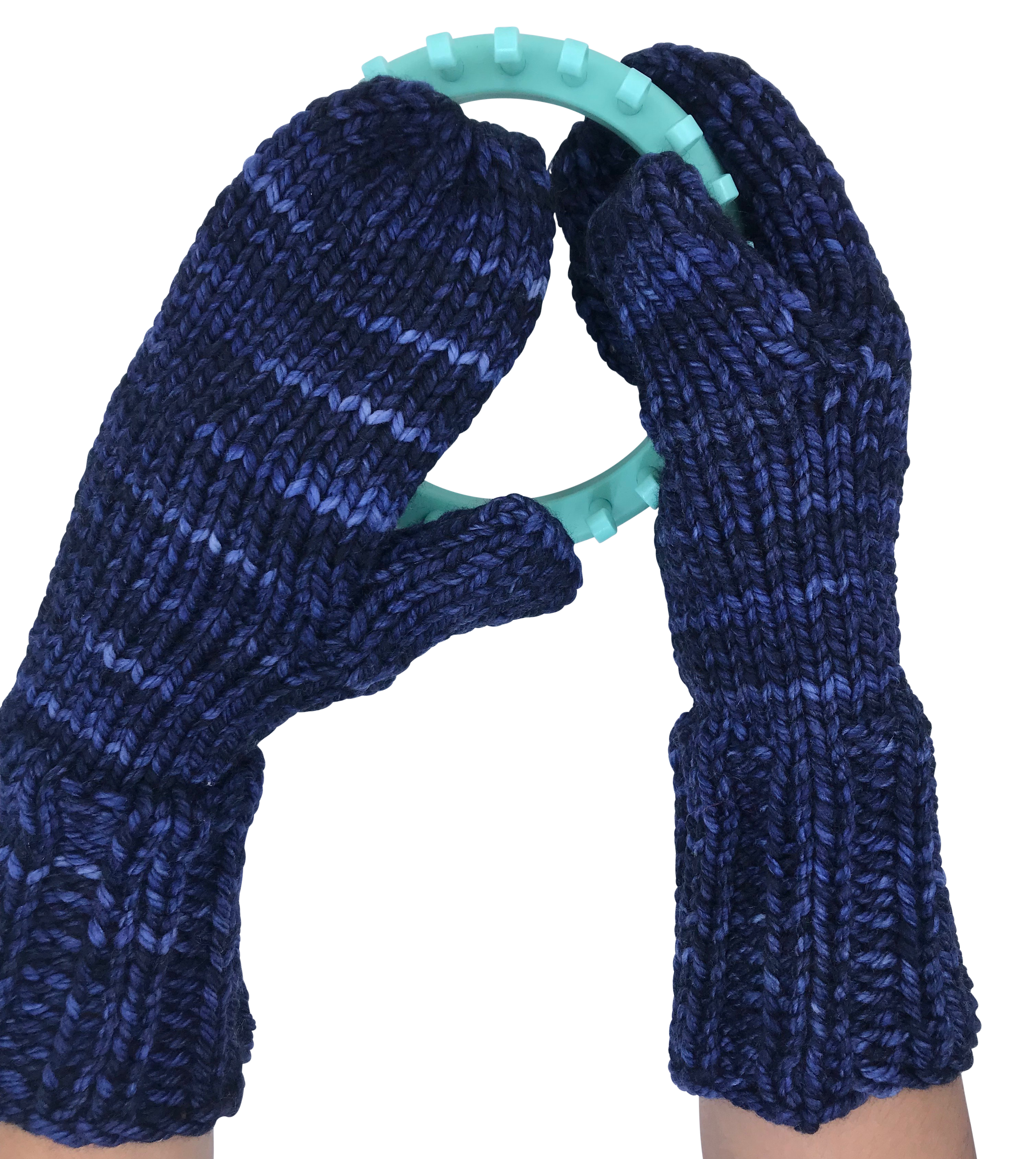 Remove the first 4 stitches (from pegs 1-4) off the knitting loom and onto a piece of scrap yarn. The first 4 pegs are empty.

Cast on 4 stiches with the ewrap method. K to end of rnd. (24 stitches back on the loom).

Bind off with gather removal method. Weave all ends in.

Thumb is worked as a flat panel over 8 stitches as follows:

Place the 4 live stitches from the piece of scrap yarn back on the knitting loom. Leaving a 10-inch beginning yarn tail, form a slip knot and place the slip knot 2 pegs to the right from the first stitch, cast on 1, knit 4 (the ones from the project), cast on 2sts with the ewrap method. (8 sts total on the loom). 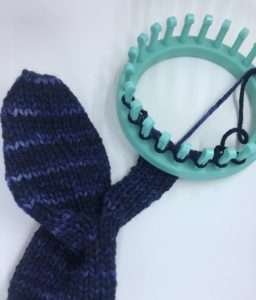 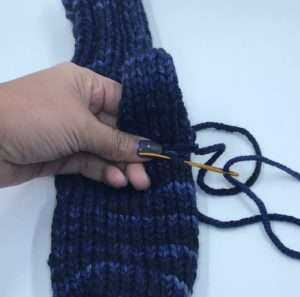 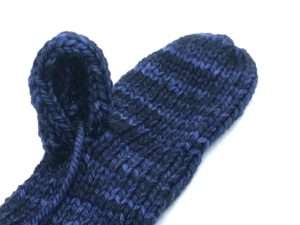 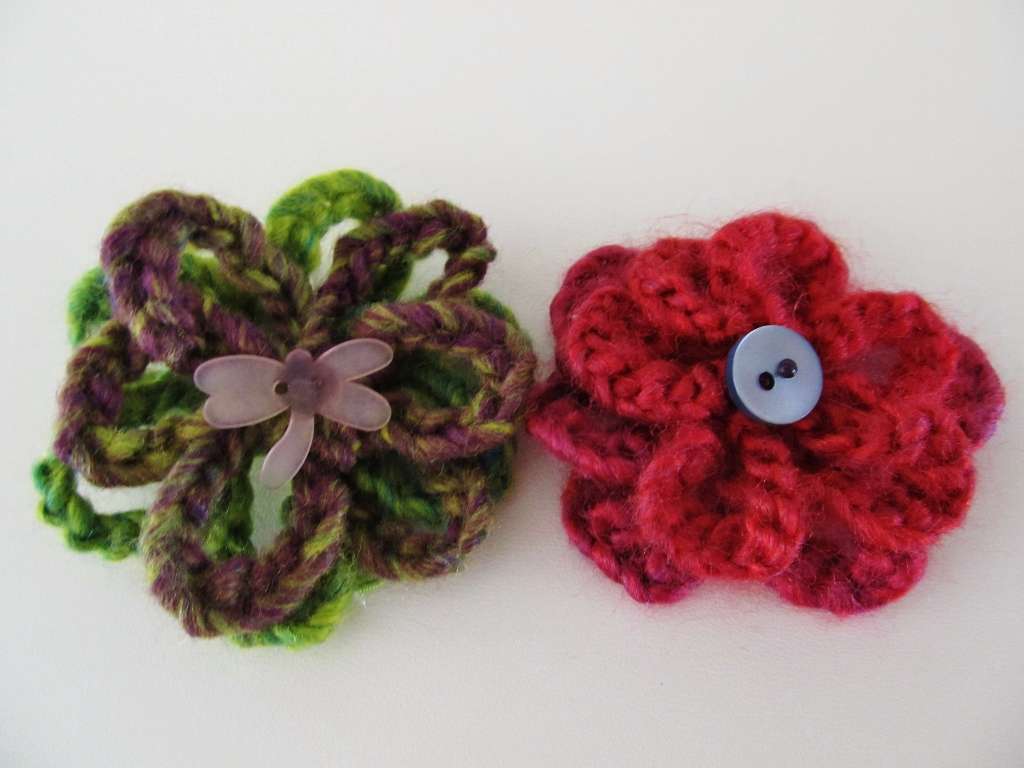 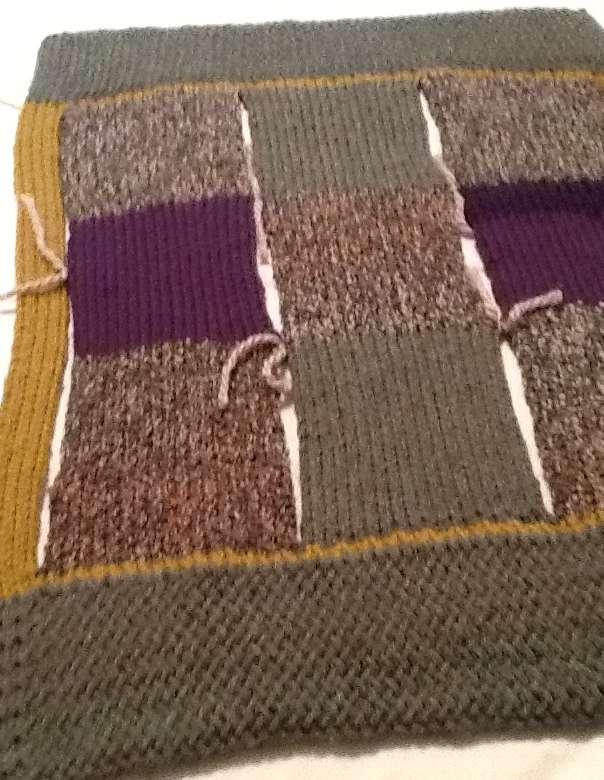 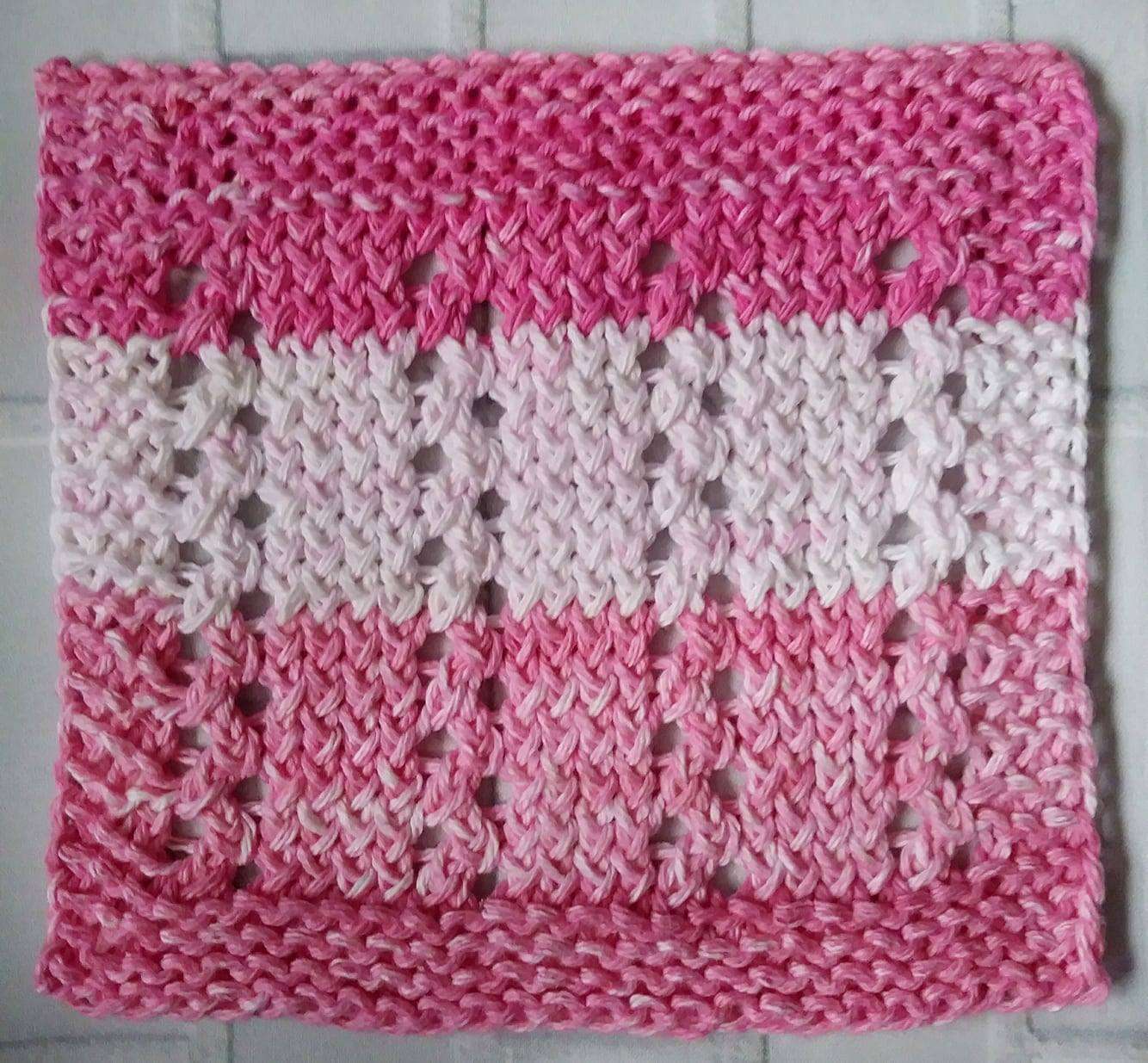