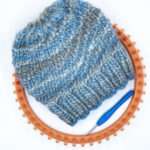 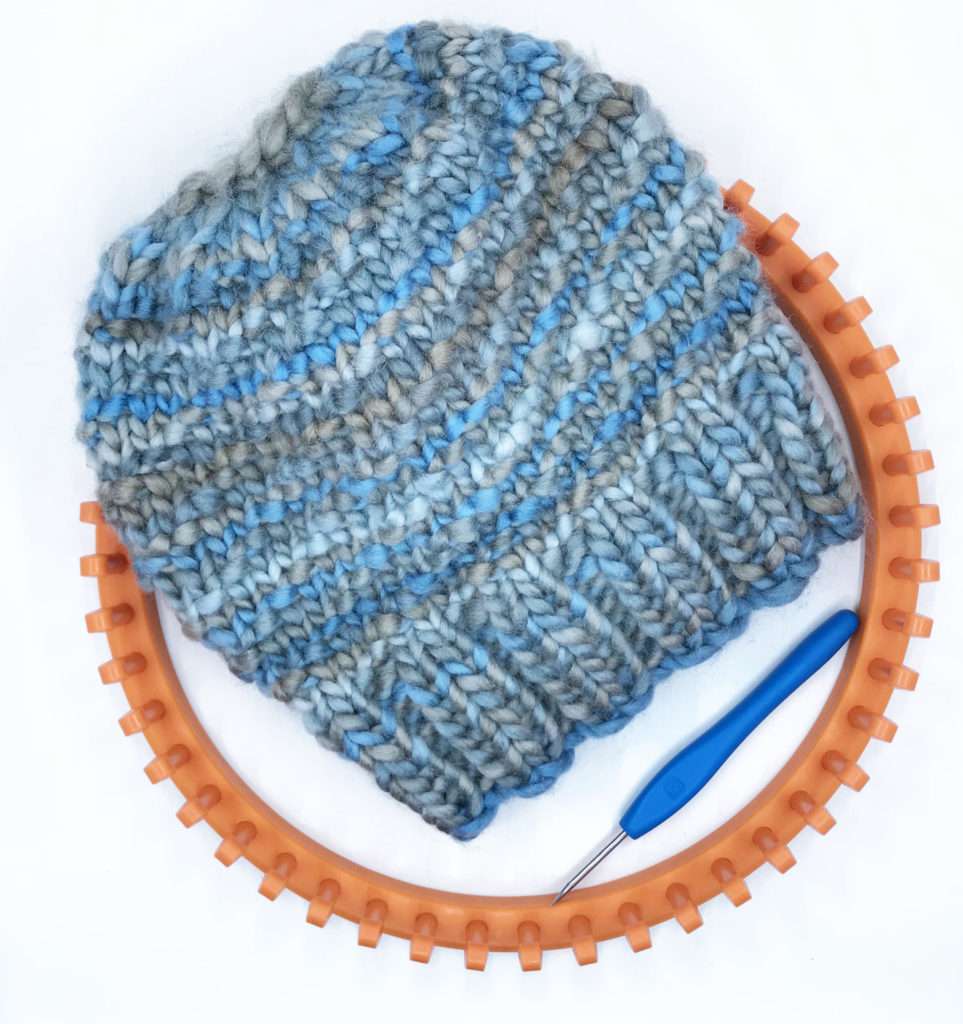 Cast on 48 sts (orange loom), prepare to work in the round.

Remove all stitches to a piece of scrap yarn.

Place all stitches on the 24 peg knitting loom (the smallest one)—2 stitches per peg.

Knit to end of rnd.

Bind off with basic removal method. 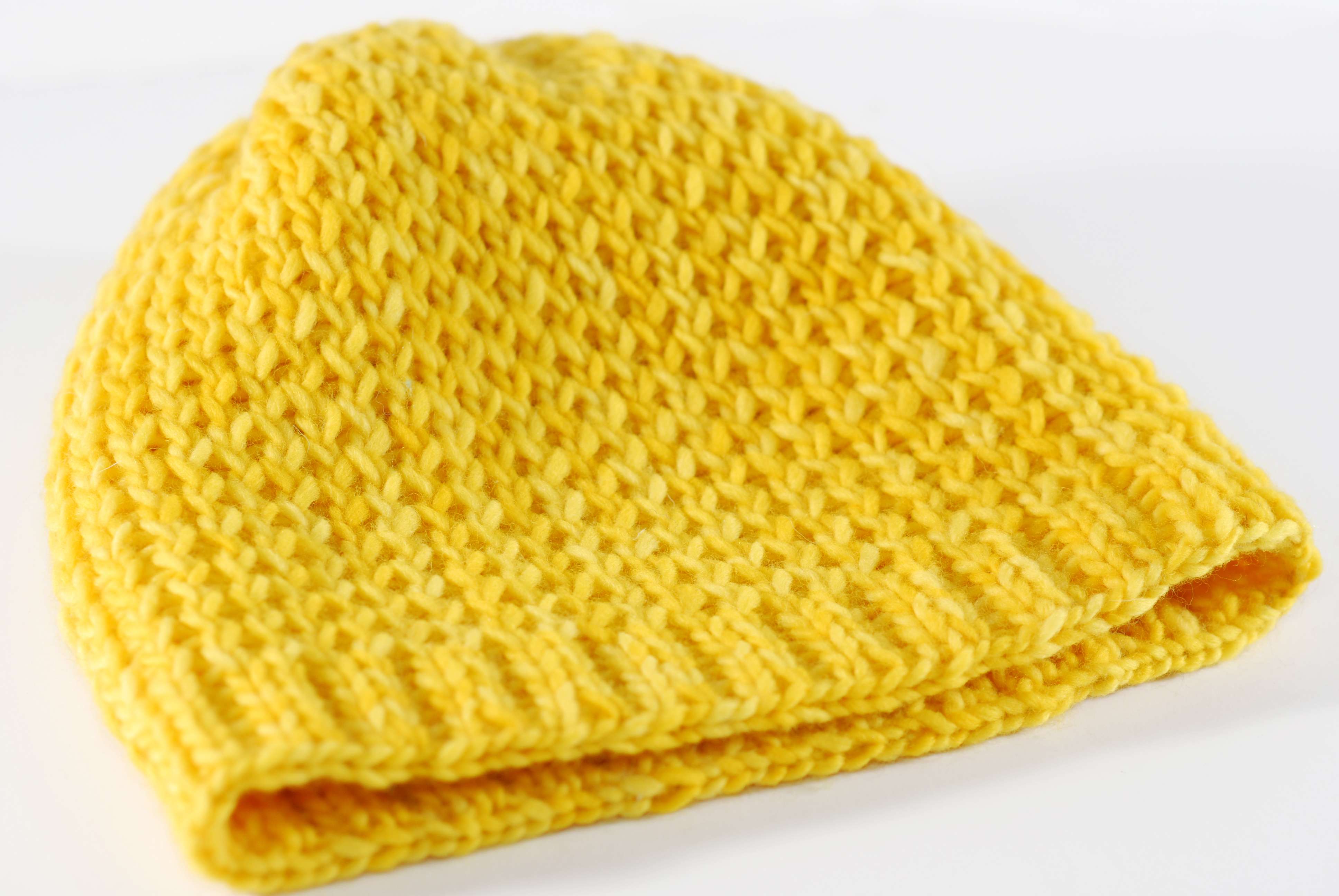 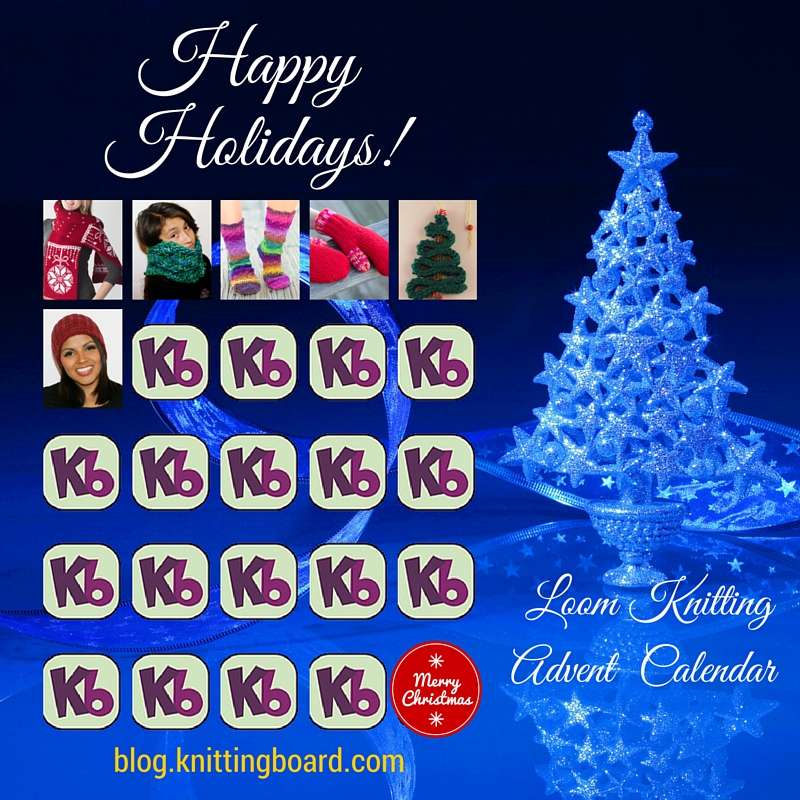