Let’s go ahead and start on the leg portion of the pattern.

Round 11 is all a matter of skipping two pegs with the yarn in front of the peg and then knitting the next two pegs.

Round 12 is where the tricky part comes in. You need to knit all the pegs, but you have to place the strand that is front of the peg towards the back of the peg but in front of the right side of the fabric.

I prepared a small video showing how to do this on the knitting loom.

Let me know if this helps a bit on how to do this section of the sock.

Also, here is a playlist of mini-videos to help you with this pattern.

Loom FAQs: What is a Lifeline? 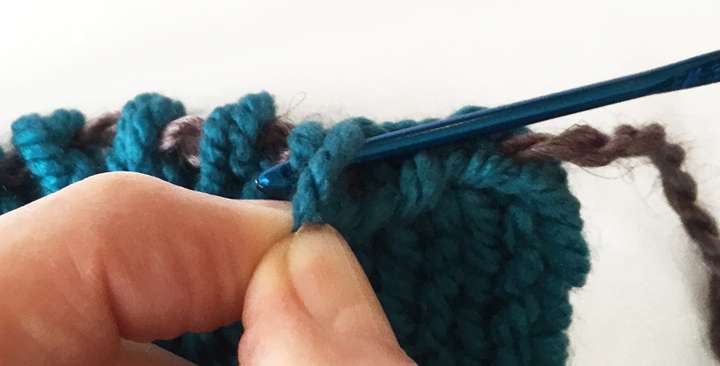