Designed by Bethany A Dailey 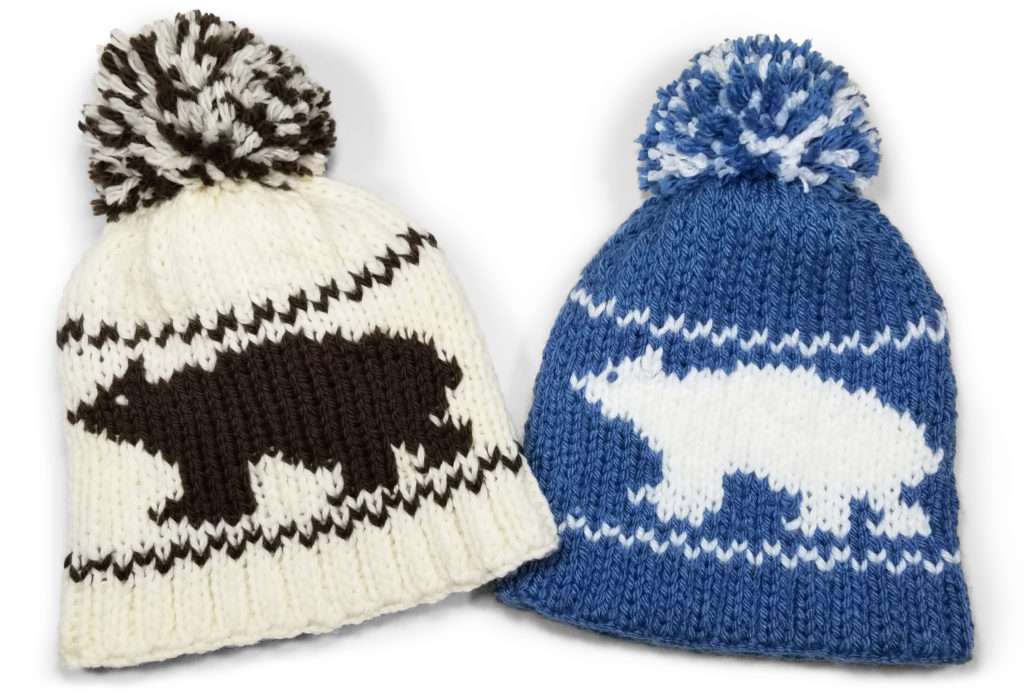 Stay cozy this winter with a double knit hat that evokes a little woodland charm! Knit this hat’s bear in white and it looks like a polar bear, in brown and it takes on the feel of an evergreen forest creature.

One strand held throughout.

It might be helpful to use masking tape around the outside of the loom to temporarily number the pegs so that the colorwork chart can be more easily followed.

In the colorwork chart, there are color sections that are separated by more than one stitch during the course of a row. In these instances, it is recommended to use a separate yarn ball to switch colors. This helps the colorwork stand out with the most clarity.  Small little balls can be wound from the main skeins, or by using some sort of yarn bobbin for ease of use. There will be need for 2 extra little balls of each color during the working of the chart, plus both skeins of MC and 1 of CC.

For Instructions on how to create the Double Knit Ribbing and Stockinette Stitches on the Rotating Double Knit Loom, see the following tutorial:  https://blog.knittingboard.com/archives/8174 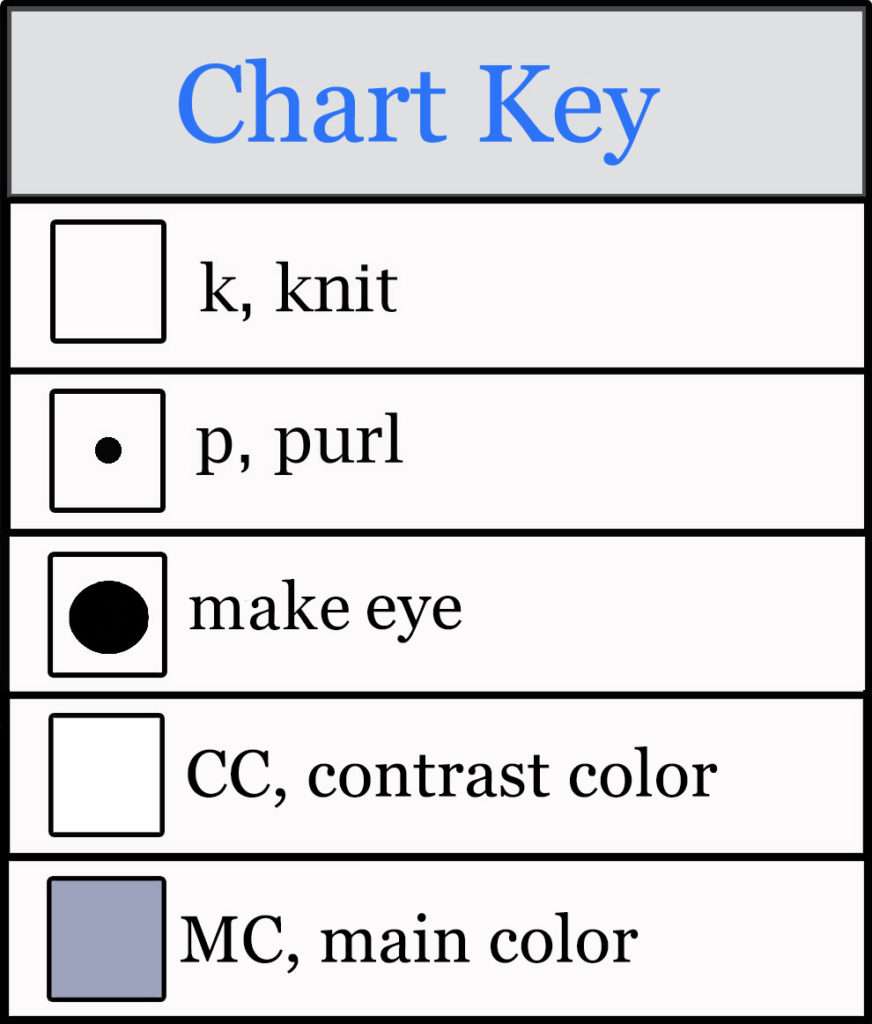 COLORWORK CHART
(Click on the chart to view it larger) 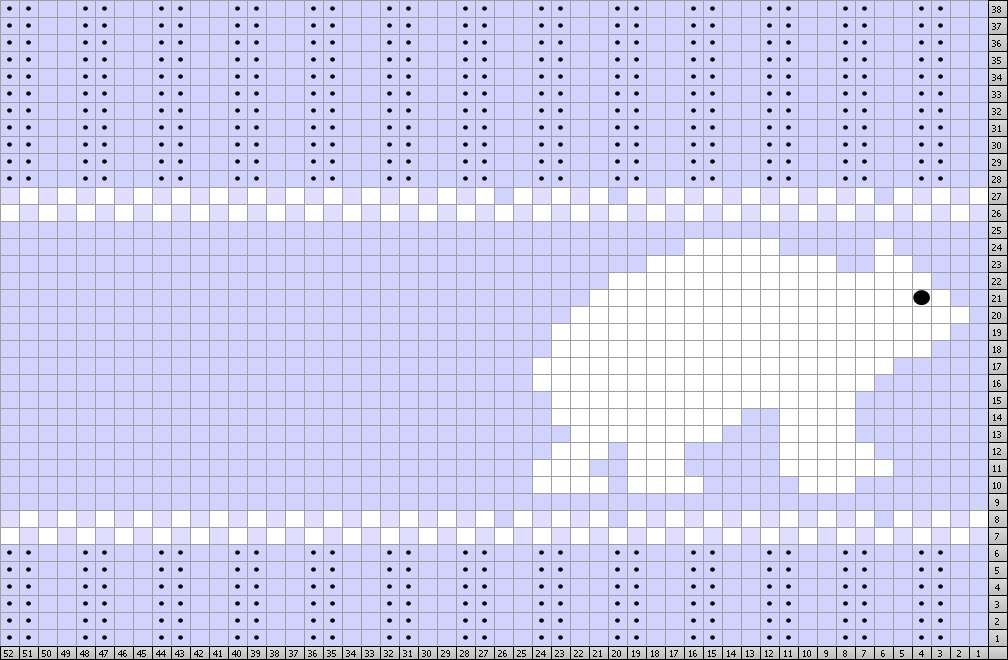 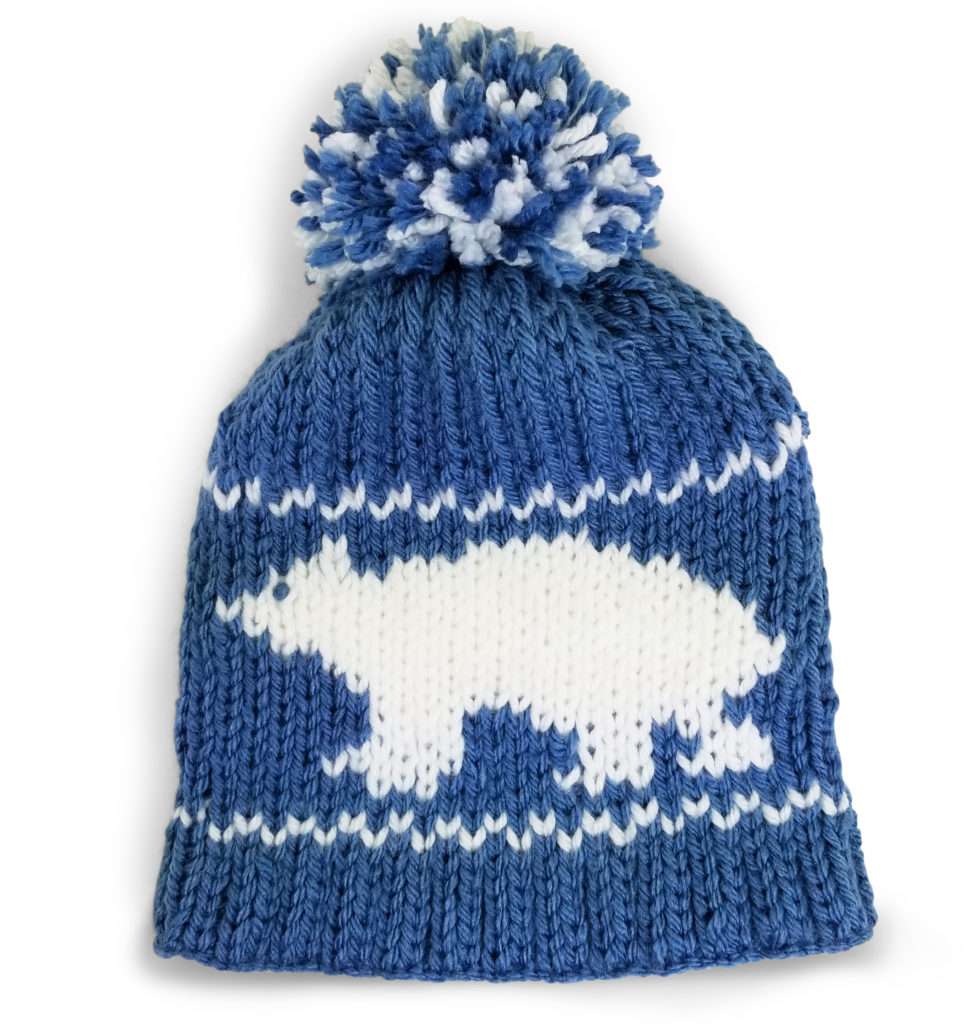 Using MC, CO to all 52 pegs to work in the round using the Double Knit Ribbing method (dkr). Use an anchor yarn after all pegs have been wrapped once.

Round 7:  MC, wrap using Double Knit Stockinette (dks) method across every other peg, beginning with the 1st front peg, during the first wrapping round. CO CC and dks on all remaining pegs during the second wrapping round. KO all pegs.

Rounds 10-24: Follow colorwork chart to create bear design. At each place where a new yarn color will be added (*see Pattern Notes), twist yarns so that the new color to be used is coming up through the “hole” of the last wrap of the current color.  Turn and wrap current color back to the beginning of that color’s smaller section.  Pick up the next color in line and repeat this wrapping process.  Continue in this method until the round is complete and all colors designated by the chart have been wrapped and KO. 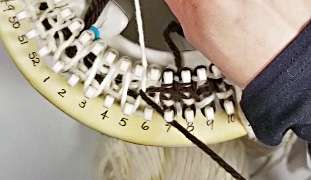 Wrap WY around loom 2 times and cut at this point.  Work a modified Drawstring BO, or Flat Drawstring CO following the steps below:

-Place yarn needle on yarn tail and sew through all inner loom’s stitches in the same direction as knitting.

-Place a removable stitch marker at this point of the yarn tail (can be as simple as a piece of tied on scrap yarn).

-Sew through all the front loom’s stitches.

-Cinch in securely all the inner loom’s stitches by pulling the yarn tail at the place before the stitch marker.

-Pull yarn needle to the inside of the hat, give one more careful pull to tighten all stitches, and knot securely in place.

If desired, an eye for the bear can be placed at the stitch indicated on the chart either by using a duplicate stitch, or by pulling a length of yarn from the inside of the hat to the outside, making a knot, and then pulling back through to the inside.

If desired, create pompom using both colors of yarn, and attach at the top of the hat.

Weave in all ends and trim close to work.

Below is a Playlist to view this design being worked in its entirety. Come and loom along with me! 🙂

Have questions or comments for Bethany?  Feel free to leave a comment below! 🙂 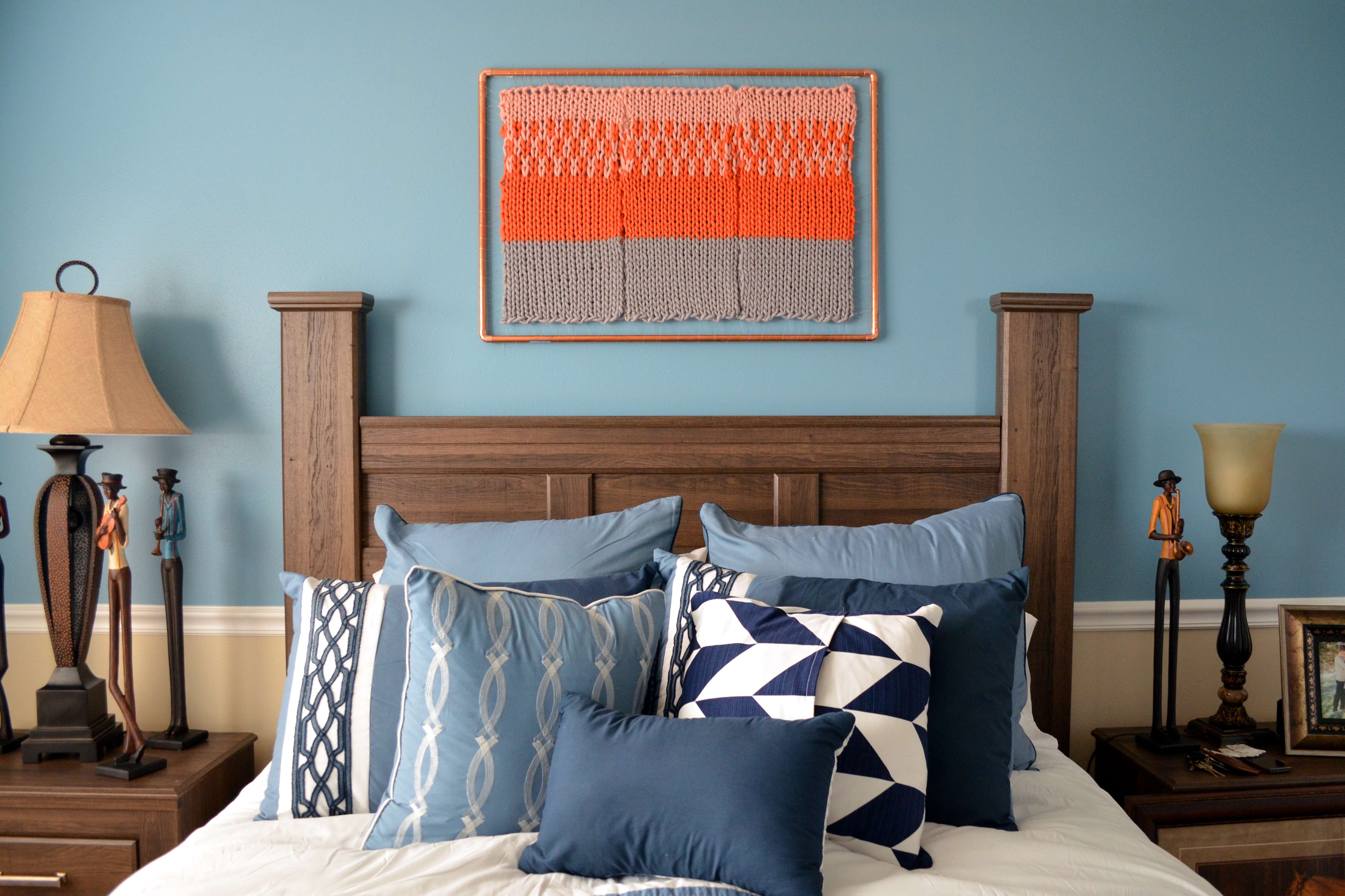 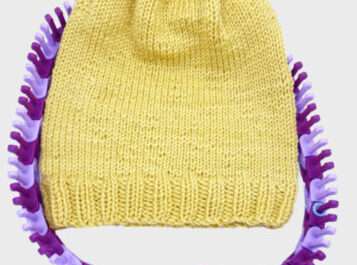