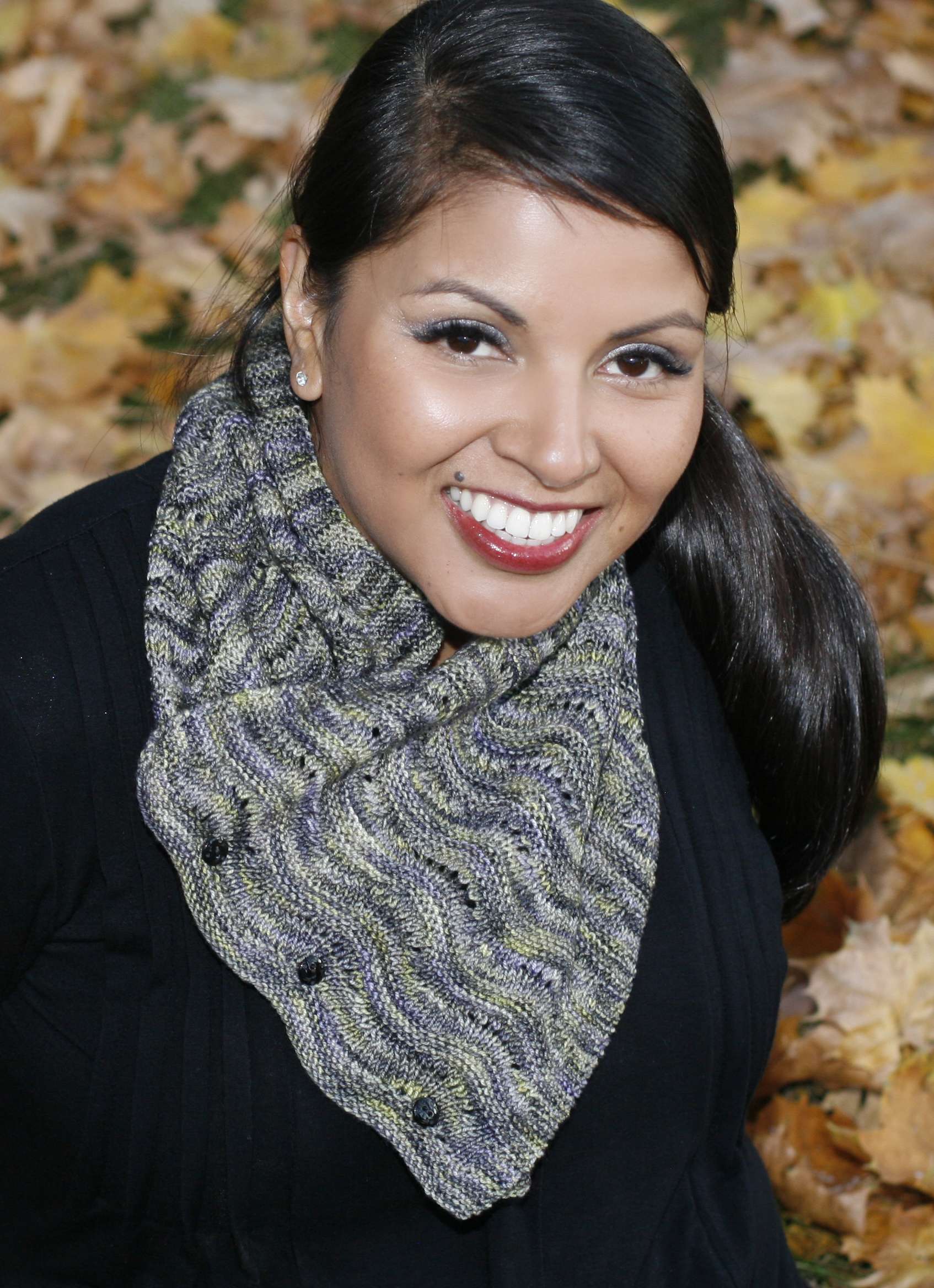 As the crisp mornings come to us, the yearning for something soft and snuggly around the neck beckons us to grab our looms and create!

k2tog=A right slanting decrease. Takes place over 2 pegs. Number the pegs 1 and 2, from right to left, as follows: Peg 2 -Peg 1.  Remove stitch from peg 1 and hold it. Move stitch from peg 2 to peg 1. Place the loop you are holding back on peg 1. Work both loops together as one loop. *Note: usually, you move this loop over to peg 2 to leave peg 1 empty to create a yarn over.

ssk=A left slanting decrease. Takes place over 2 pegs. Number the pegs 1 and 2, from right to left, as follows: Peg 2 -Peg 1.  Remove stitch from peg 2 and place it on peg 1. Work both loops together as one loop. 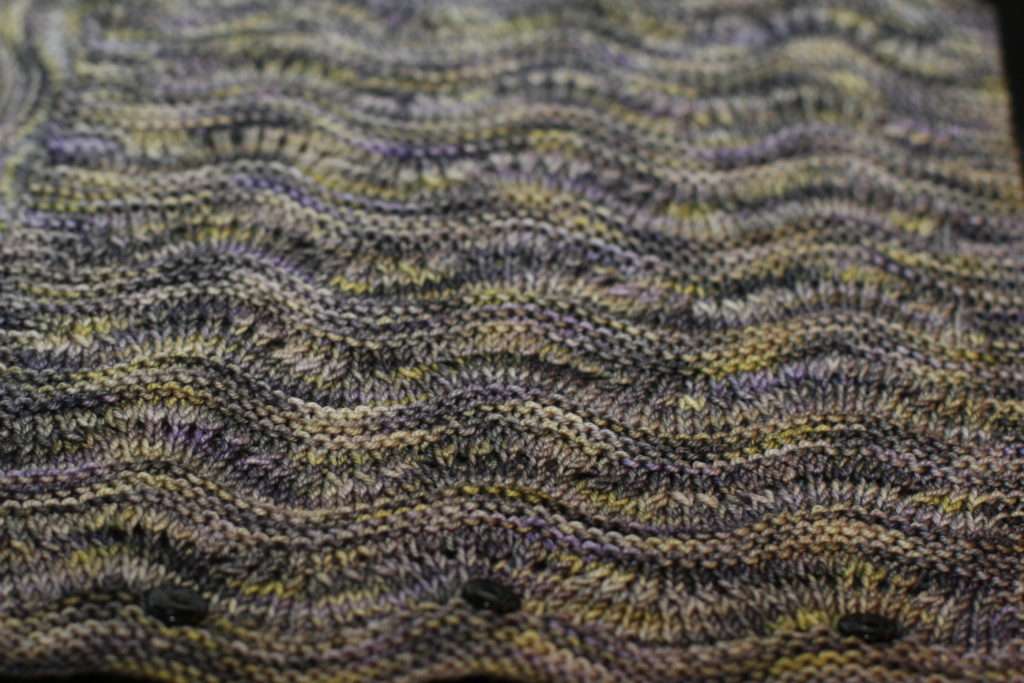 Cast on 64 sts, prepare to work a flat panel.

**Row 1: k to end. Note: Row 1 should be in a right to left direction (clockwise around the loom).

Secure 3 buttons along the side of the scarf. See picture below for placement. 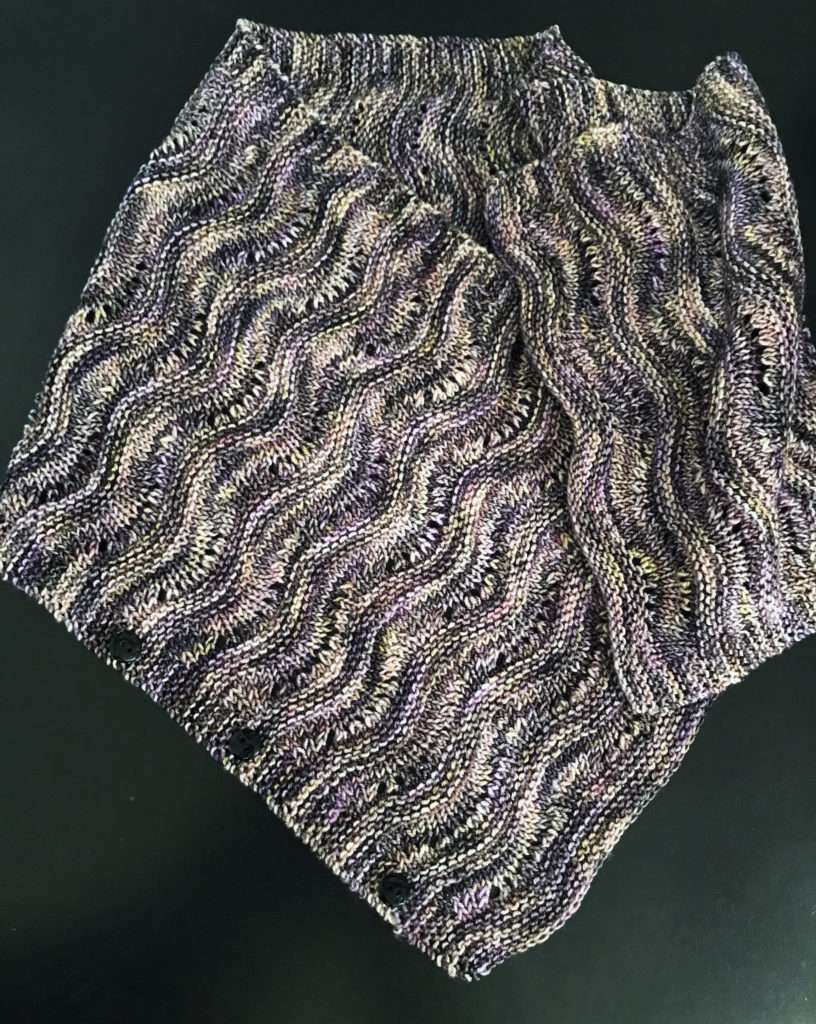 To facilitate the stitch pattern breakdown, we will concentrate on the 18 stitches of the lace stitch pattern. The instructions below will start on peg 6 of your loom. On Row 5, the lace row, the first 5 pegs are knitted. The stitch pattern begins on Peg 6—for the purpose of this demonstration, peg 6 will be called peg 1. 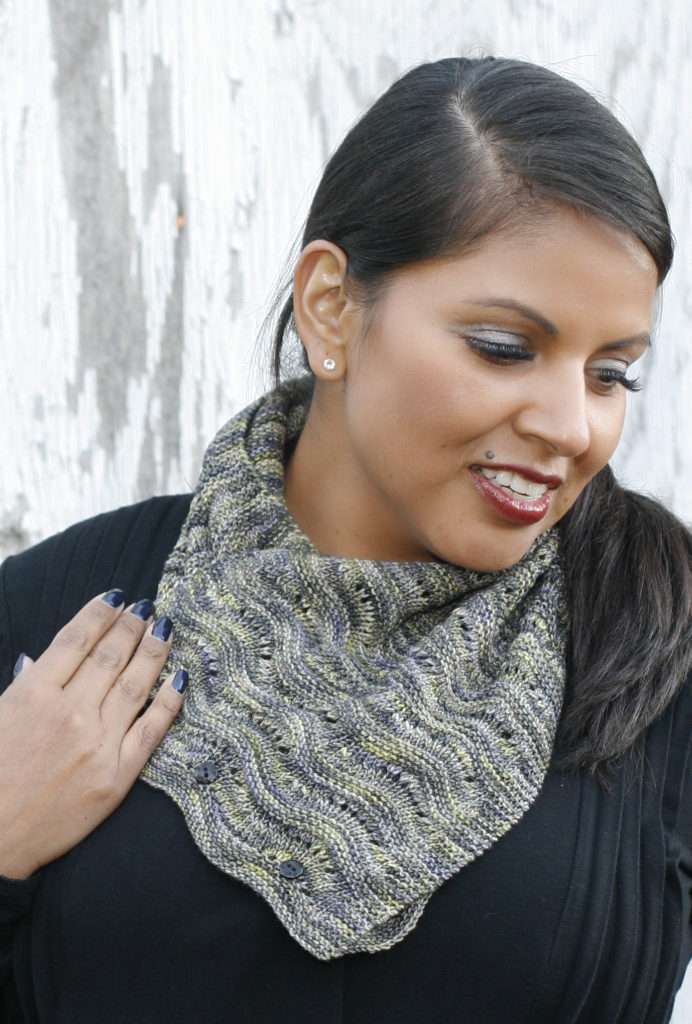 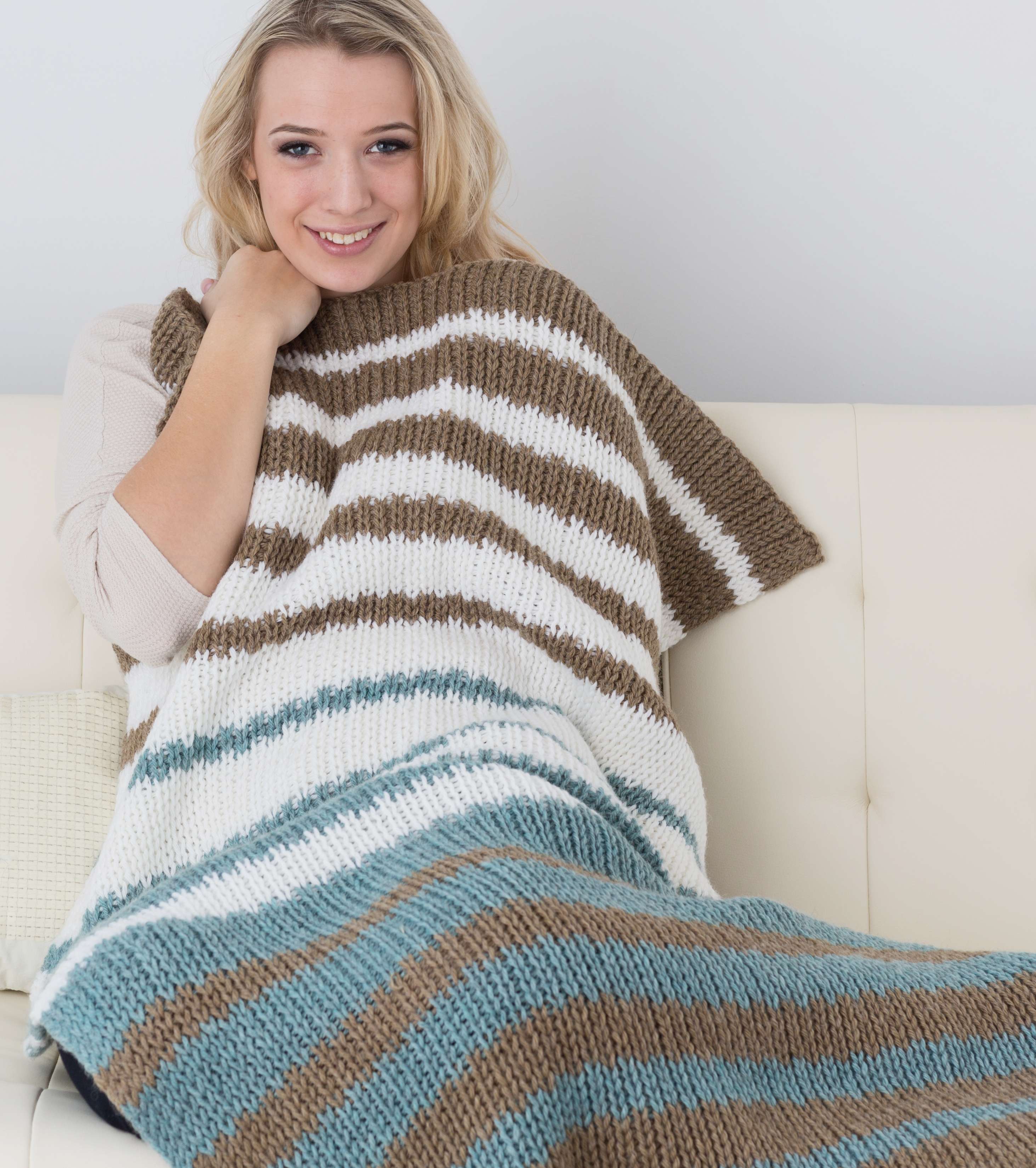 ‘Back to Basics’ Blanket (double knit) 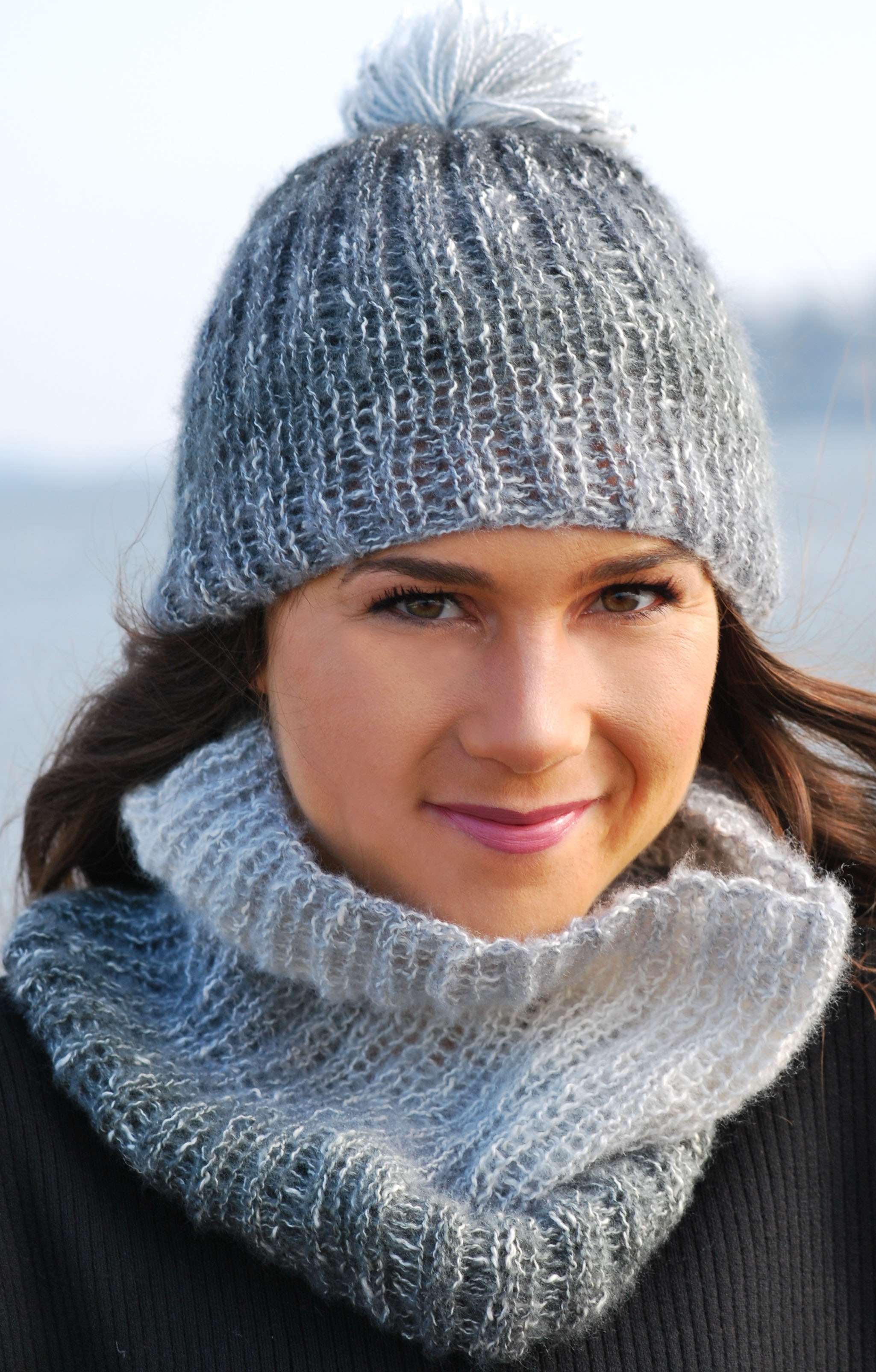