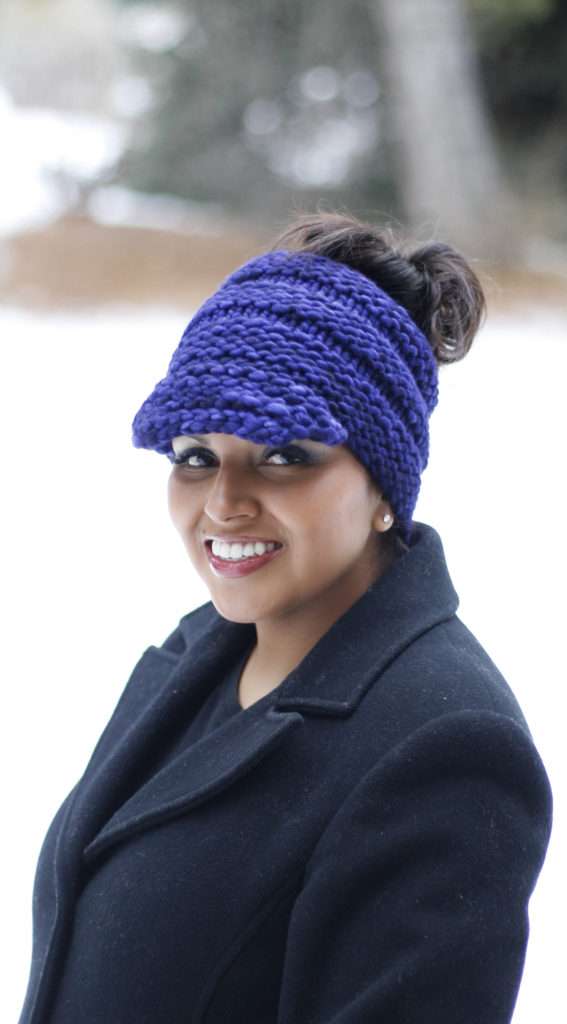 You have probably seen them all around social media, messy hair is in this season, as long as you sport a beanie, you will be in fashion. Now, this is for a messy bun as the opening is big enough to allow the messy bun to go through.

This beanie has the option of adding a small bill. 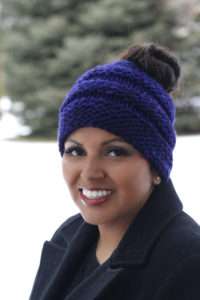 Video on this can be found at this link: https://youtu.be/KYZJ6gkuaVU?list=PL2-mSMyRmhzWmYWDaCNjuwaN3XGWp6E4B

Bind off with basic bind off method. Weave ends in. Do not block. The stiffness of the yarn will help the Bill stay up.

Place the CO edge stitches back on the loom (20 sts), then follow Beanie Instructions. 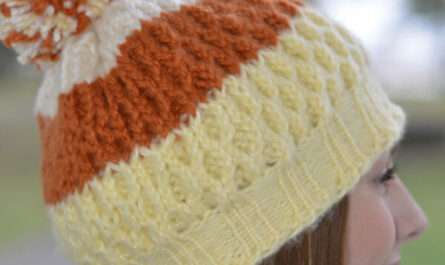 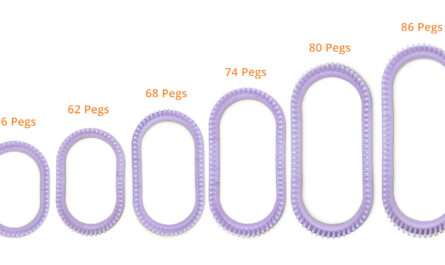 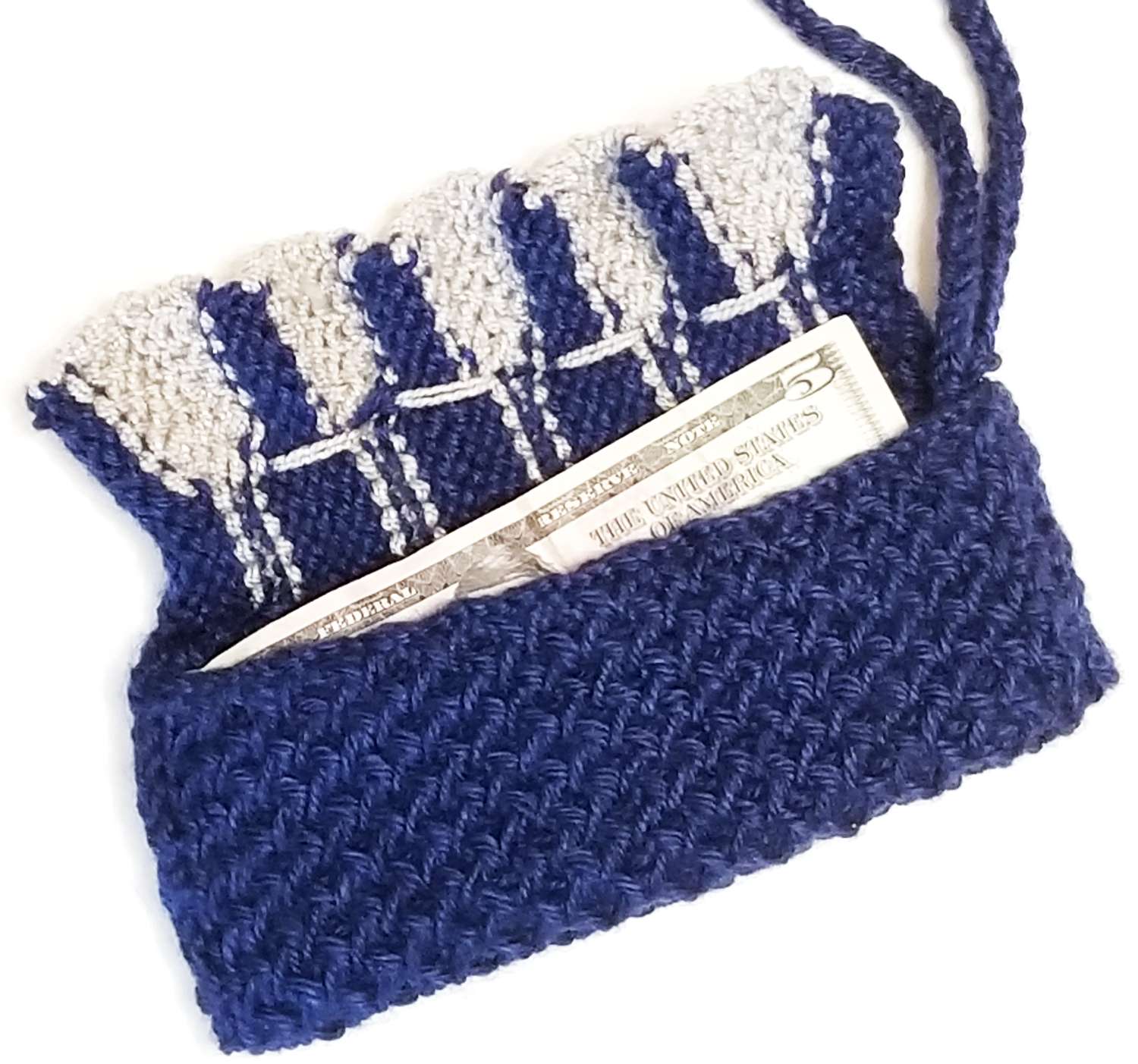