One of the first things that people learn to knit on looms are hats.  But due to the nature of knitting looms, these hats are made as a tube then gathered at the top.  These hats are always bulky at the top due to the gathering.  I have seen people ask “how do I keep the tops from being too bulky?”  “Is there a way to decrease the top of a hat?”  “Can I make the hat top down like in needle patterns?”

So is there a way?  While there are some techniques that help keep the bulk of gathering a tube on a knitting loom, there is also a way to decrease the top of a hat so that the crown is smooth.

What loom can I use to decrease?

You will need an adjustable loom in order to decrease the top of a hat.  While it may be achieved by using various round looms, getting the peg count correct is the tricky part.  You need a loom that can adjust the exact number of pegs you need after each decrease round.

The All-n-One loom is one such loom.  The sliders make it easy to adjust to any peg count as you decrease.

Can I just start at the top of the hat and increase instead of decreasing?

Yes.  But I feel that decreasing is easier than increasing.  Therefore, I will demonstrate how to work a hat from the brim up then decrease the top.

Is it hard to decrease the top of a hat?

It really isn’t that hard to decrease on the All-n-One loom.  It does take a bit more effort and time to do it.  But that smooth crown is worth the effort.

How do I decrease?

While there are various stitch counts and methods of decreasing a crown, there is one gradual decrease that I like best.

The decrease can be worked with a stitch count that is divisible by either 6 or 8.  While I prefer to work the gradual decrease when the stitch multiples are 8, a stitch count with a multiple of 6 can be done as well.  It is personal preference.  I will include instructions for both.

What does a multiple of 8 stitches mean?

If the total stitch count can be evenly divided by 8 then it is a multiple of 8.  Common hat sizes in small gauge using medium/worsted weight yarn that are multiples of 8 are 72 and 80 pegs for adults, 72 and 64 pegs for youth, 56 and 64 pegs for toddler/child, 48 and 56 pegs for baby.

The loom will need to be adjusted down in size BEFORE each decrease round.

Remove the work by placing each stitch on a lifeline.  A lifeline is a piece of yarn that is about 40 inches for a hat that is in a contrasting color.  Run the lifeline through each stitch starting with peg 1 and ending with the last peg.  Then remove the work from the loom.

Then work the round.

The loom can be adjusted with the work still on the loom.  If this is done, I would recommend using a yarn that has some stretch to it.  First you will need to move all the stitches for the K2tog.  Then start from the slider ends and move the stitches inward while moving the sliders to fill in the empty pegs.  If using stitch markers, they will need to be moved as well so that the k2tog will always happen in the same place each time.

The last rows will be worked in stockinette.

Here are the abbreviations.

Start your decrease when you have 14 rounds left on your hat.

Start your decrease when you have 10 rounds left on your hat. 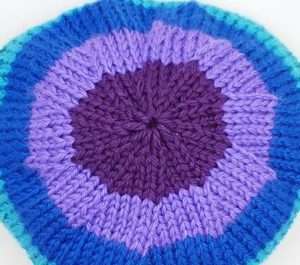 Now you have a nicely domed crown for your lovely knitting hat!

Never be afraid of trying something new!  Enjoy the knit! 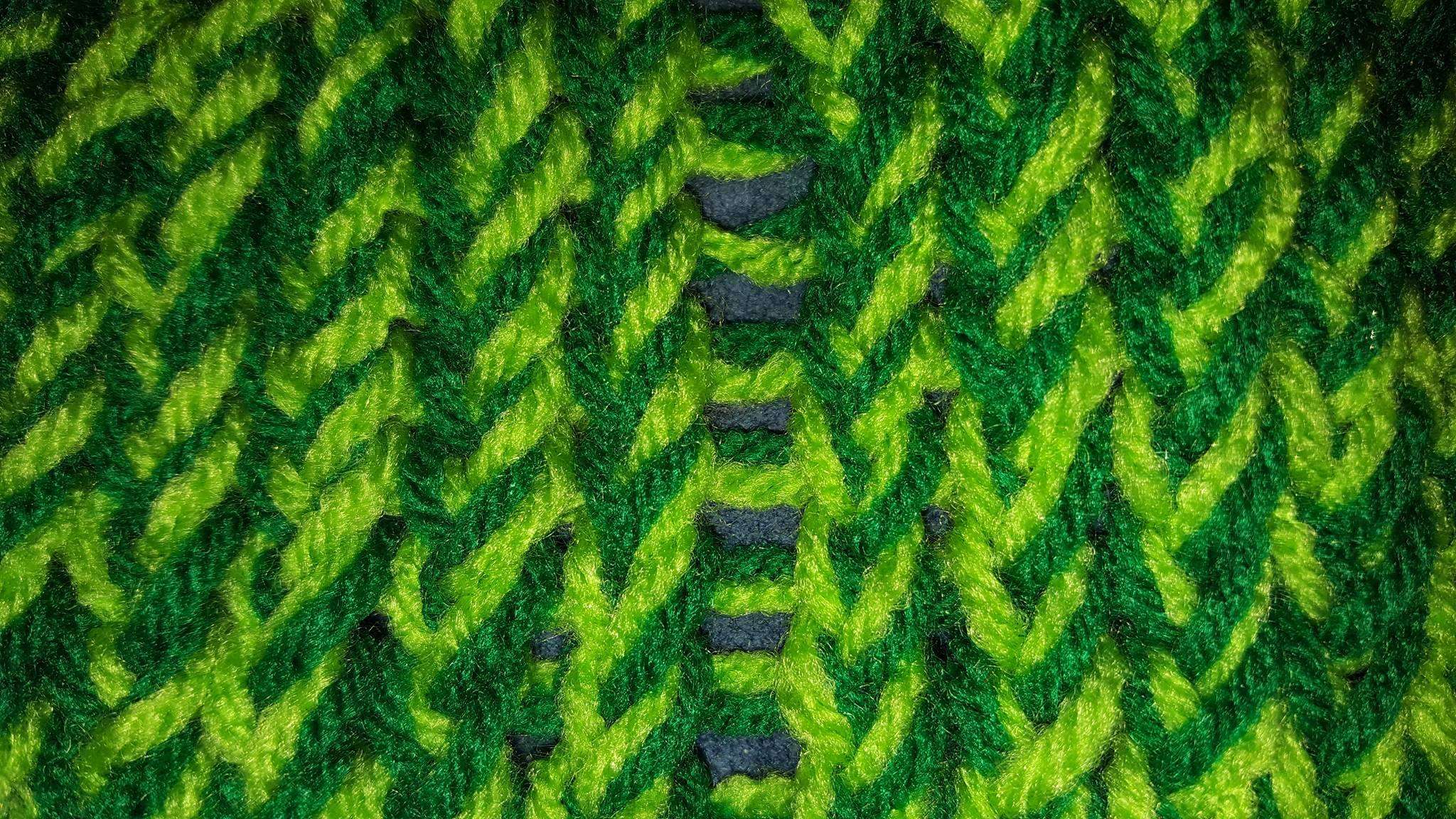 Loom FAQs: What Is Laddering?

6 thoughts on “Loom FAQs: How do I decrease crowns of hats?”