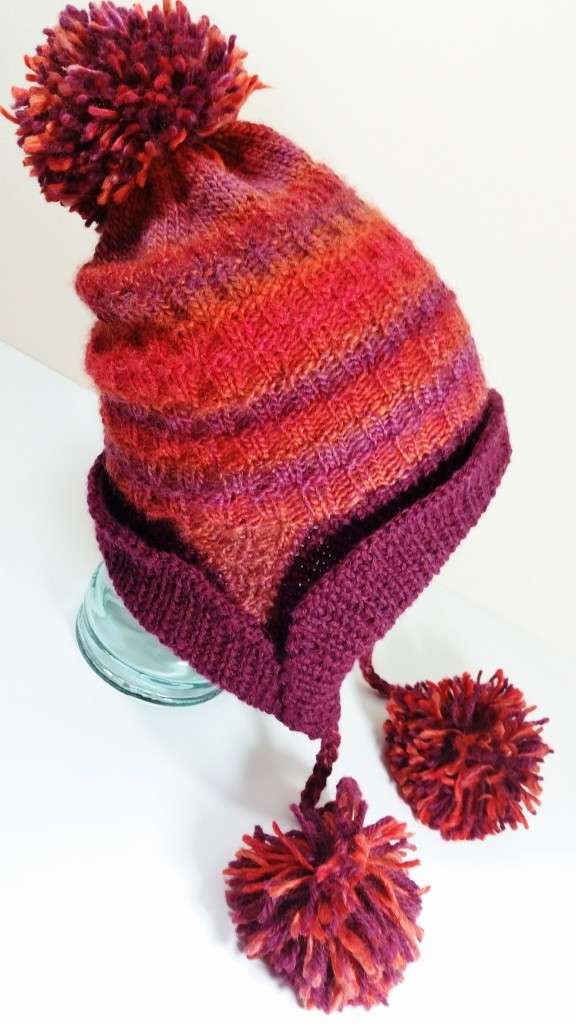 Designed by Bethany A Dailey

A hat to keep you cozy warm with a vibrantly whimsical flair! This design is unique in that it is styled to be worked from the crown down to create those playful points at the ears.

Pattern Notes:
This pattern uses 1 strand of yarn held throughout.

For the sample, all knit stitches were made using the U-stitch. Work whichever type of knit stitch helps you achieve the proper gauge. 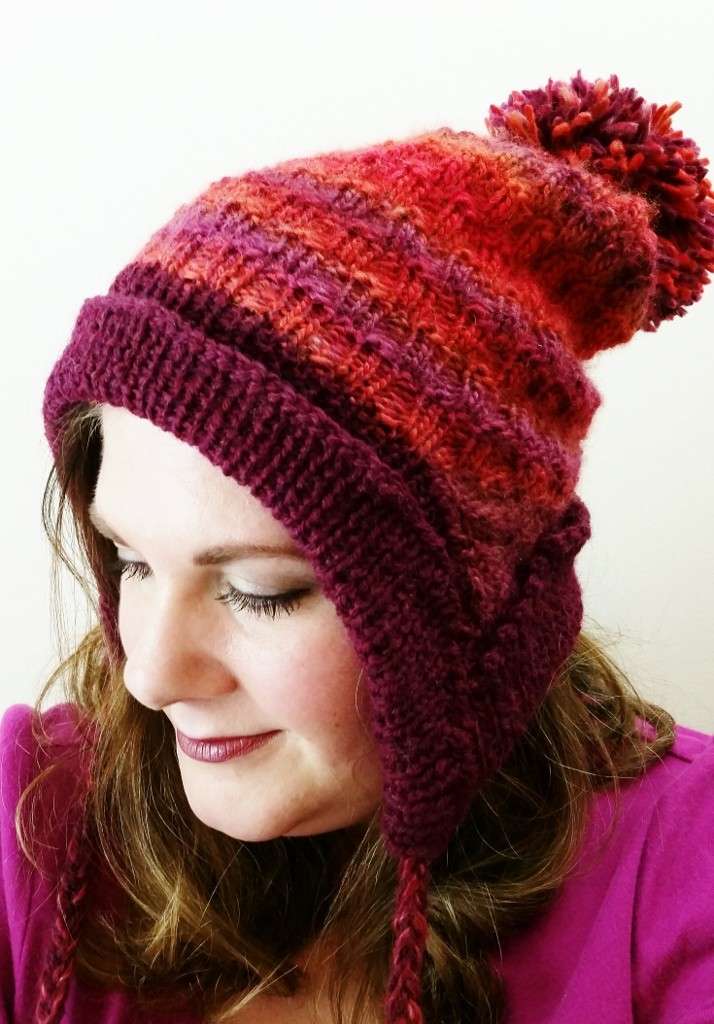 Set loom to work in the round using 68 pegs, which are centered on the loom. Peg #1 should be at a corner (where the slider and long side meet). Using the Main Color, drawstring cast on to 68 pegs.

Work the first section of 12 pegs, keeping in the same pattern as before, while decreasing at the center with a k2tog every other row. Expect the decreasing to cause there to be 3 knits or 3 purls together at the center occasionally. When there is only one loop left, cut at 10” for seaming and pull through loop. Repeat procedure with the other side’s 12 pegs. 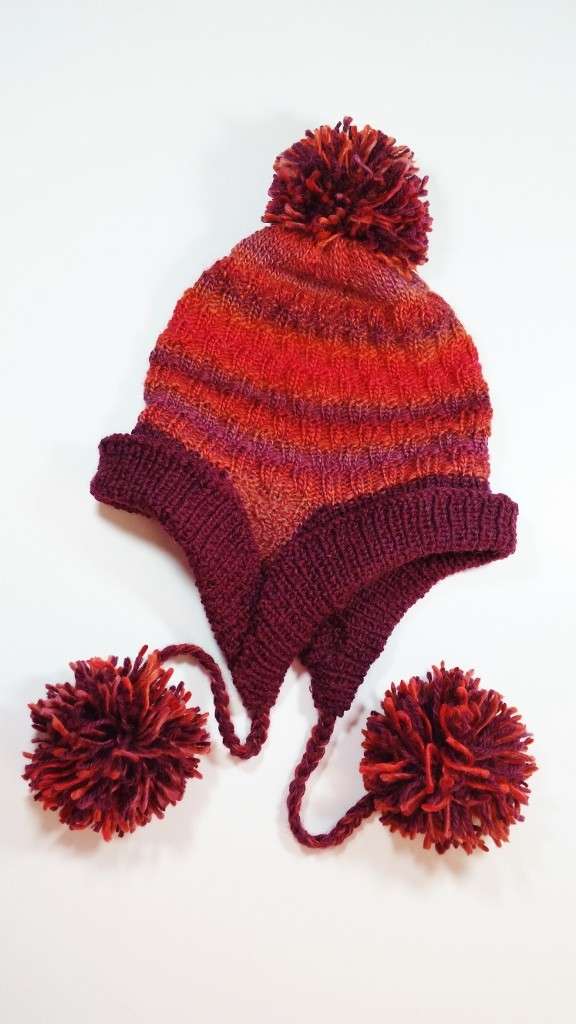 There will now be 34 loops remaining on each long side of the loom (68 total). Prepare to CO to work in as a flat panel in the following method:

Row 1: s1, *p1, k1, rep from * to back long side with previous sts. Work these sts following the same ribbing pattern, but with 2 loops worked as one (the original loops and the newly CO loops). After these 30 sts are worked, continue around the loom to last 2 sts, k2.

Repeat the same Brim Instructions, but CO starting at the center of the BACK long side, working the original loops from the FRONT long side into the first row. 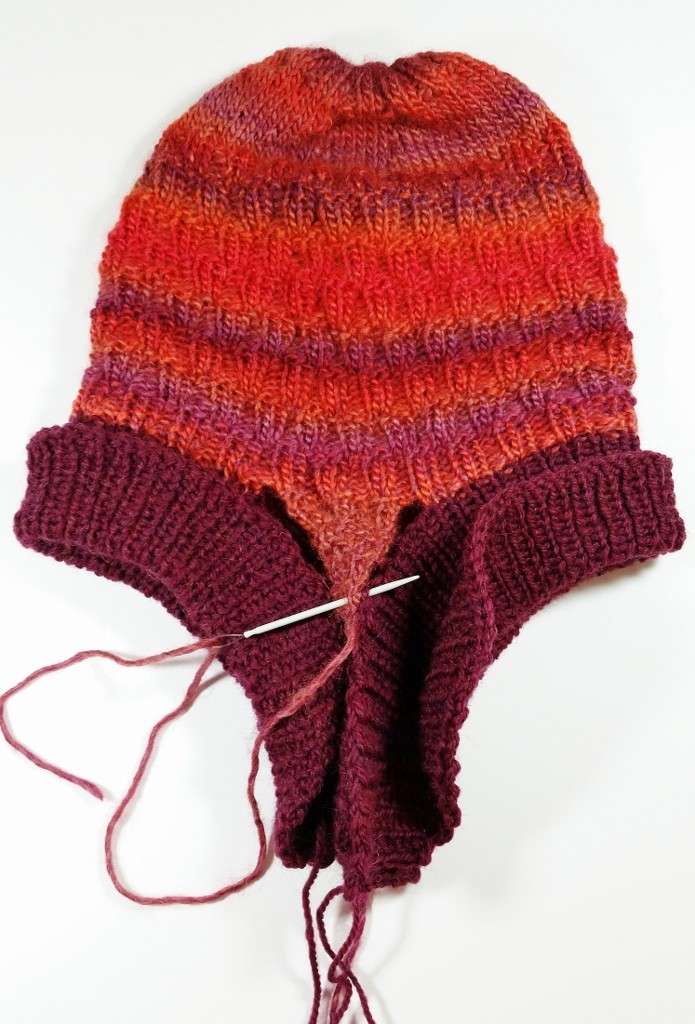 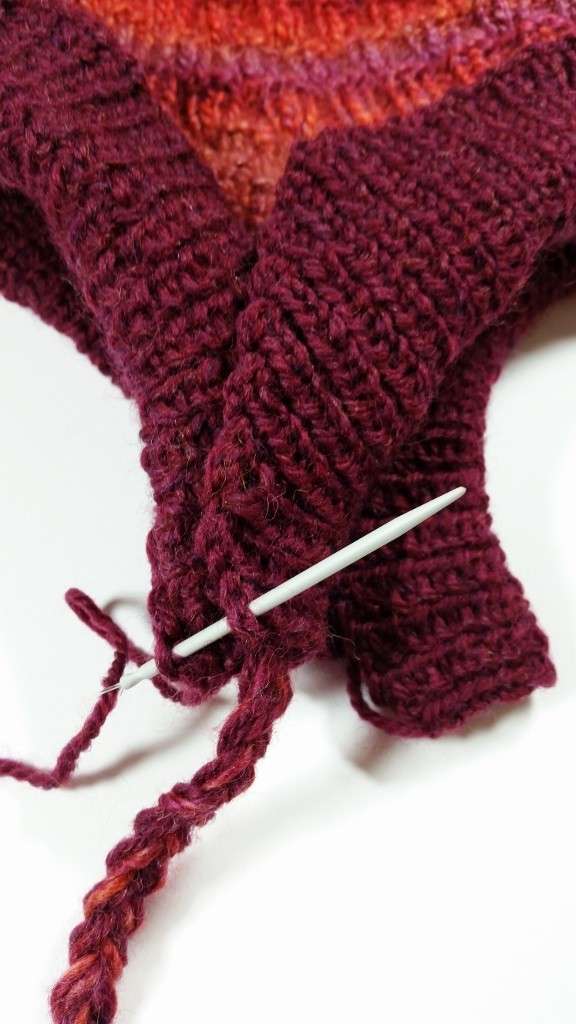 Cinch the Drawstring CO by pulling carefully but firmly on the yarn tail until the sts are as snug as they will go. Pull tail to inside of hat and stitch around circle to close completely. Knot securely.

Using the long tails of the MC, neatly stitch the edges of the brim to the MC points on each side of the hat.

Create 2 braids by wrapping both the MC and the CC around the loom 6 times. Cut the loops at each end. This will provide 2 sections of 12 strands of yarn. Tie each section with an overhand knot at the top. Divide the sections into 3 groups of 4 strands and braid them together until 4” remain unbraided at the bottom. Secure with another overhand knot.

Pinch the top knot of one of the braids between the back side’s brim at the point section. Take the front side’s brim point and wrap around the back side’s to seal the braid inside. Using the long tails of the CC, stitch the braid and corner flaps securely in place, keeping edges even and tidy. Repeat on the other side. A few hidden stitches can be tucked into the back brim to keep it folded upwards.

Create three pompoms using both the MC and the CC yarns. Secure onto place at the top of the hat, and at the ends of each braid. The overhand knot at the bottom of the braid serves as a place to tie the pompoms to so that they have a better hold.

Weave in all ends and block lightly as desired.

To leave a question or comment for Bethany Dailey, simply add your comments to the section below! 🙂 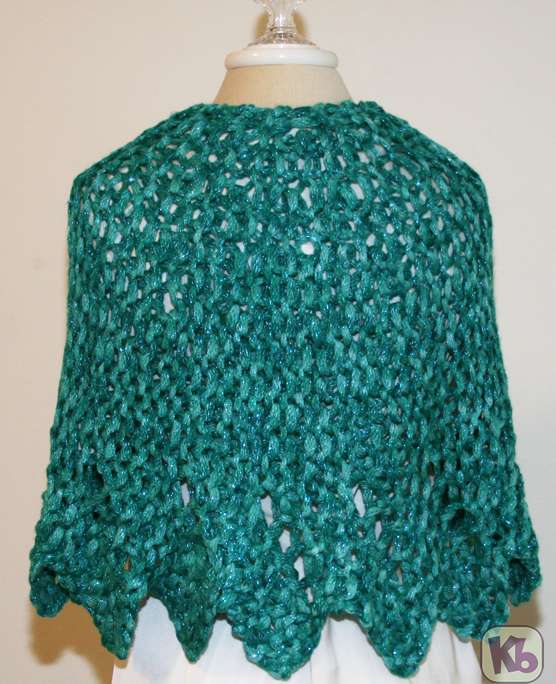