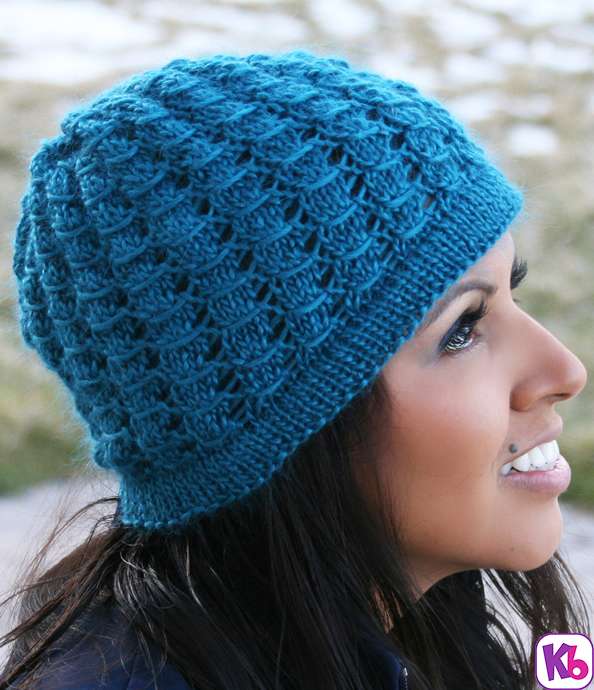 The luxurious luster from the silk-blend yarn provides this cloche a stunning high quality finish.  The yarn blend also gives this cloche a wonderful, soft, drape. The stitch pattern although looks complicated is very simple to memorize.

Size: Fits up to a 21” circumference.

YO=Yarn over (ewrap empty peg; on the following row, undo the ewrap and lay the yarn bar in front of the peg).

Rnd 14: Pick up CO edge sts and place them back on the pegs. Each peg has 2 loops on it. k to the end of rnd, treating both loops as one.

Rnd 16: *K1, yo, k3; rep from * to end.
Tip: Loom knitters have found that if they YO twice, the yarn has more slack to stretch over the 3 pegs. If you find that one YO is not enough, you may want to try YO twice.

Bind off with gather removal method. Weave ends in. Steam block or wet block the lace portion section only (not the brim).

NEW…’His and Her’ Sock Loom Set