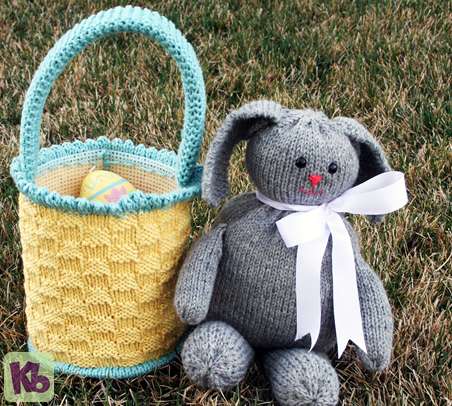 Knit a lovely Easter Basket for your little ones. Created with the typical basket weave stitch and a lovely picot edging.

Other: Ultra Stiff Mesh Plastic Canvas, size 12 x 18 inches—used to hold the basket shape and for the handle. The mesh plastic canvas may be removed to facilitate washing.

Size: Approx 6.5 inches tall (not including handle) by 5.5 diameter.

K2tog=knit two stitches together. Move stitch from odd number peg and hold it, then move the loop from the even number peg and place it on the odd number peg. Place the loop you are holding back on the peg, odd numbered peg has 2 loops on it. Knit the peg with the two loops, and treat both loops as one loop.

YO=Yarn over. Ewrap the empty peg. On the following row, undo the ewrap and place the strand of yarn in front of the peg, then work the peg as instructed on this row.

Using CC, Cast on 80 sts, prepare to work in the round.

Rnd 8: Bring CO rnd and place the loops back on the designated pegs. K to the end of rnd, treating both loops on each peg as one loop.

Bottom of Basket—created in 4 wedges; each one done separately over 20 stitches as flat panels.

Next row: p to the end row.

Join yarn at peg 21, leaving a 10 inch beginner yarn tail (Beginning yarn tail will be used to mattress stitch wedges). How to join—Make a slip knot and place slip knot on peg 21.

Rep Wedge Instructions from ** to **.

The assembly of this basket is done in two different areas: one on the knitted basket, the second on the plastic canvas.

The first step is to create the bottom ridge: the area that will separate the body of the basket from the bottom of the basket. This area is created from the last six rounds of stockinette stitch prior to the wedges. Thread tapestry needle with approx 20″ CC color yarn. Using the wrong side of the fabric, locate the last round of MC and the 6th round of stockinette stitch and using the overcast stitch, sew all the way around. (Use picture below for assistance).

Using white yarn or the same color yarn as the project (sample used same as project). Overlap the canvas so that the circumference is the desired measurement, using the tapestry needle and thread, sew the canvas. (See pictures below for assistance).

Cut the plastic canvas for the handle: 1.25 inches wide by 15 inches long. Sew this handle to the tube.

Insert tube inside the knitted fabric. (See picture below). 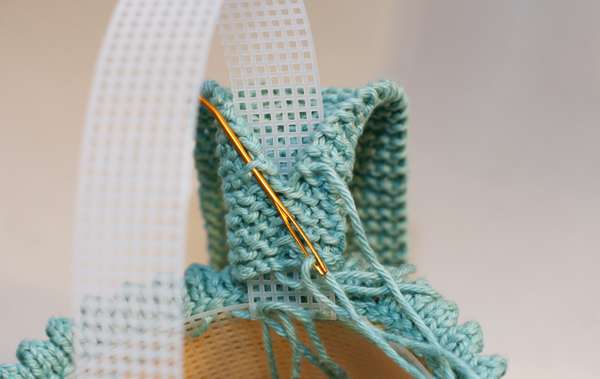 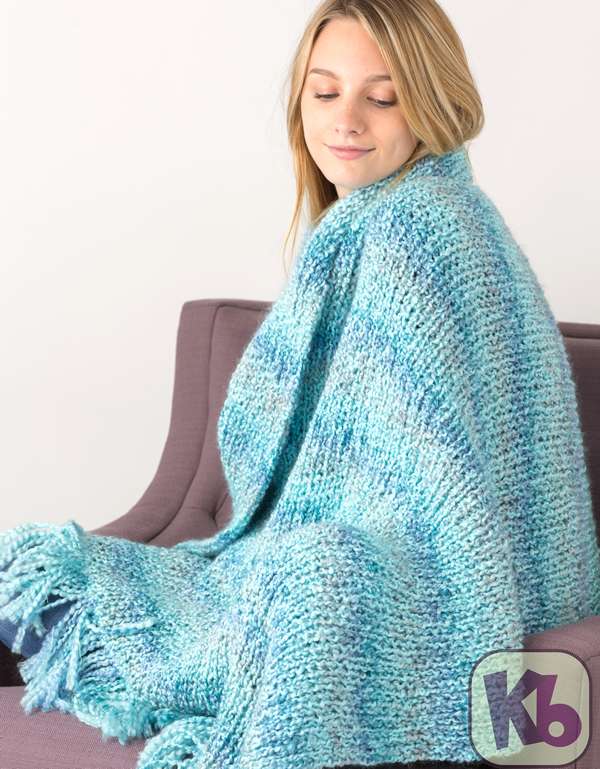 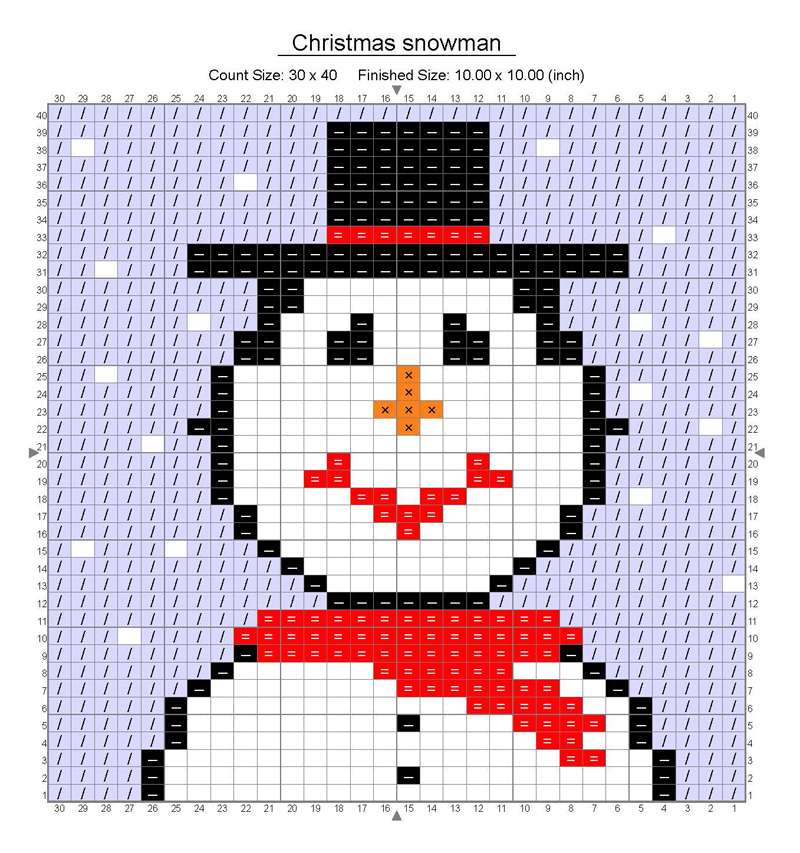 One thought on “Classic Easter Basket”