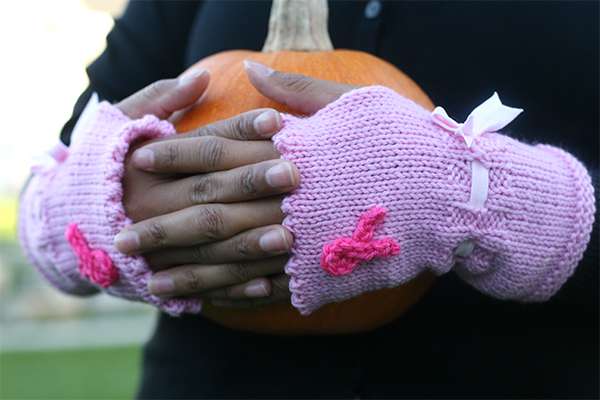 A simple pair of wristers to demonstrate your support for the cause. The ribbon is formed by creating an icord and then sewing it to the completed wristers. Exclude the ribbon and you have a regular pair of wristers.

Other: Elasticized ribbon (to pass through the eyelets). Sample used 5/8” Fold Over Elastic by Dritz-1 yd package.

K2tog=knit two stitches together. Move stitch from peg 1 to 2. Knit peg 2. Move loop from peg 2 over to peg 1.

YO=Yarn over. Ewrap the peg. On the row after the ewrap, undo the ewrap, place the yarn ladder in front of the peg, then work the peg.

Pattern notes: Worked as a flat panel then seamed at the side.

Next row: k to the end of row.

Bind off with basic bind off method. Leave a long tail for seaming purposes.

Using the figure 8 method, create an icord that is approximately 16 rows long.

Bind off leaving a long tail.

Thread long tail through tapestry needle, fold the i-cord ribbon in half and use the long tail to secure it in this folded position. Using the yarn tail, sew the ribbon to the top side area of the wrister.

Fold over at the top, along the eyelets for the area by the fingers. Thread tapestry needle with the yarn tail coming from the bind off edge. Sew the small flap in place—see pictures for guidance on how to complete this objective. When the fold is completely sewn, use the thread to mattress stitch along the top side, approximately one-inch along the side. Weave ends in.

Thread tapestry needle with yarn coming from the cast on edge, mattress stitch along the side, stopping approximately one-inch away from the top seam—you should have about a one-inch opening for the thumb.

Pass the elasticized ribbon through the eyelets along the wrist, make a small bow. Sew the bow, do not sew the bow to the knitted fabric, so the bow does not come undone. 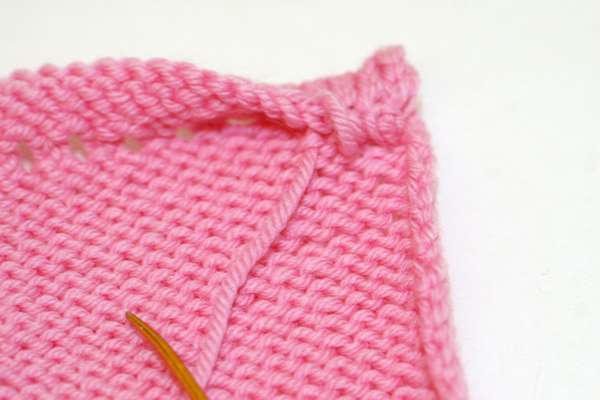 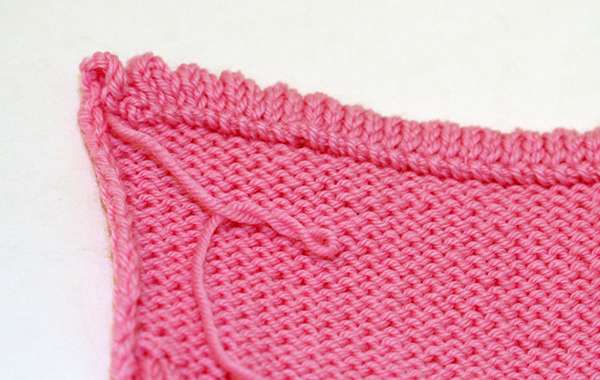 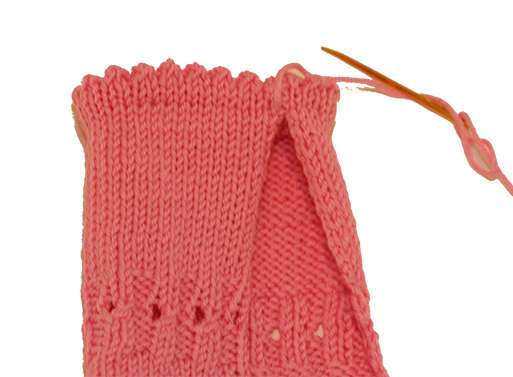 Mattress stitch along side . 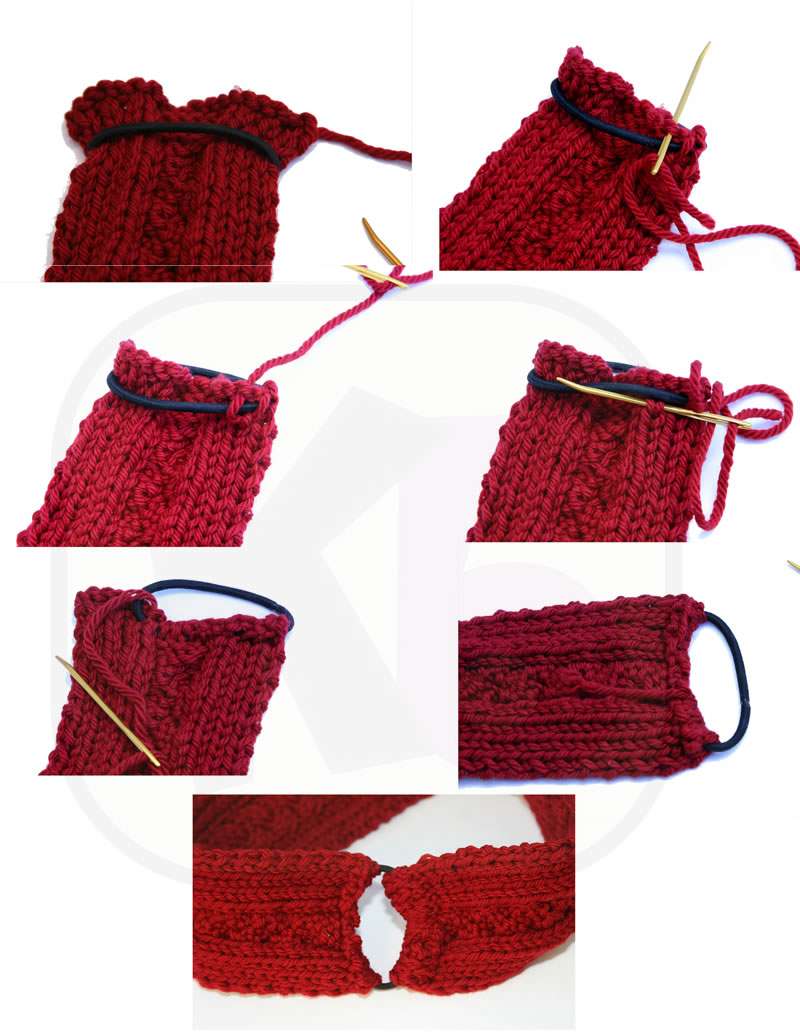 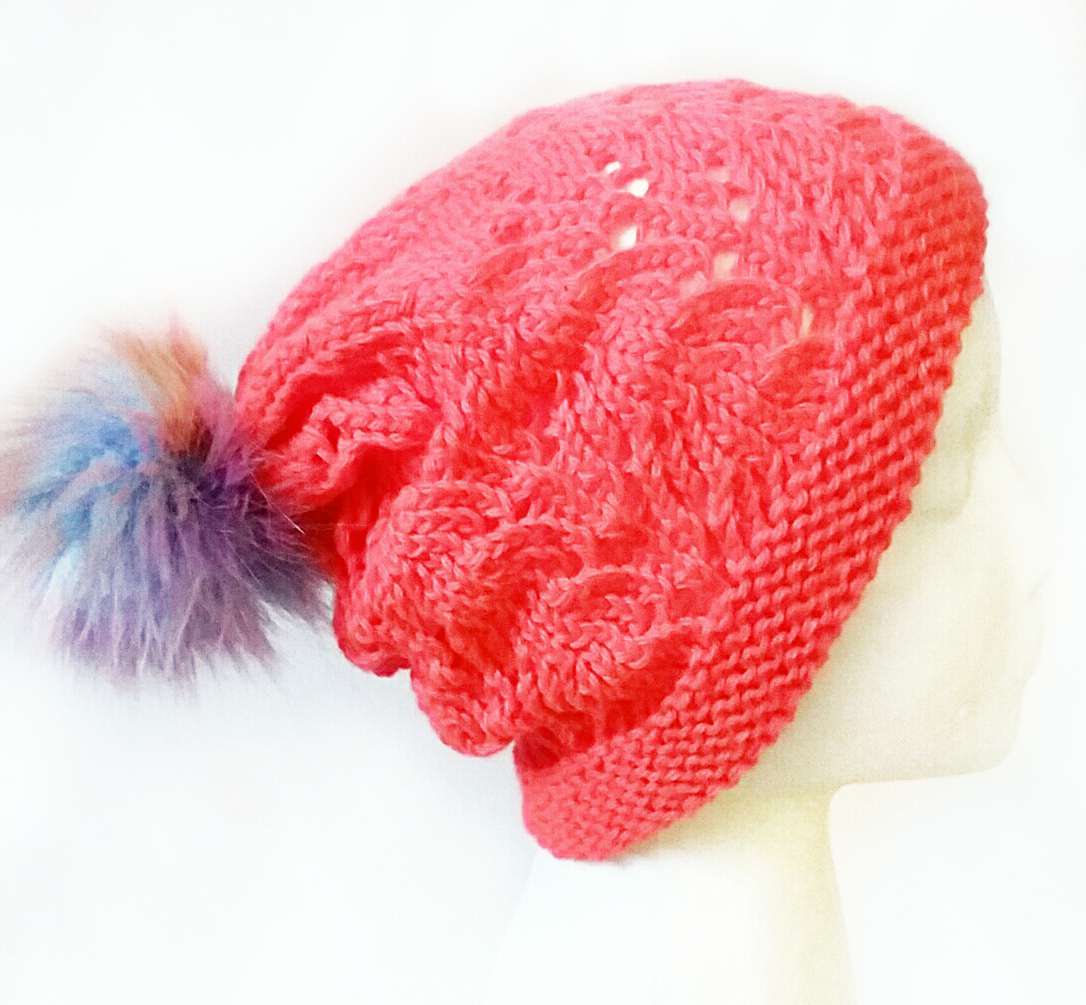 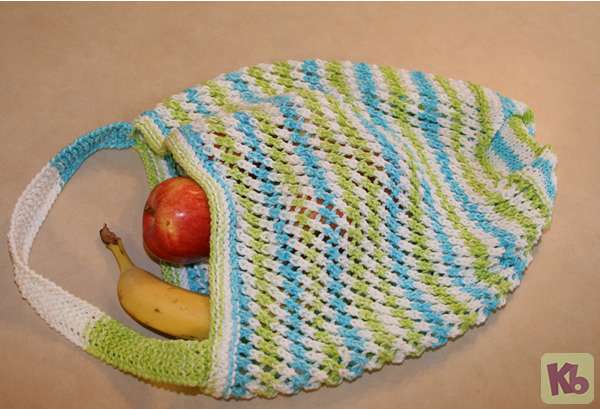