We just wanted to share with you a Christmas story that made us smile. Not long ago, we recieved an email from Tina, Brock’s mom.  She told us about her son, 8 year old Brock, who had happened across    our website and had viewed our how-to videos.    After viewing the  videos, Brock decided he wanted a knitting board for Christmas more than anything else, even   surpassing his desire for an ipod.  He  even showed the videos to his dad. Tina decides to get him a knitting board, so that his grandma can surprise him with it on Christmas.   Brock  was so excited and eager to learn and get started.     Brock put in the DVD himself, and watched and learned the technique of double knitting entirely on his own.

This beautiful scarf was his first project.   It was a gift for his Aunt. He knit it and added the fringe and  just asked his mom to help him trim the fringe so that it would  be even and look nice. What a great job!!    Tina remembers when  Brock was about 4 years old and learning to hold knitting needles, he told his 92 year old Grandmother,

“Now I know why you love to knit so much; it makes you feel so good on the inside.”

What a great family!!

Brock received a big sack of   thick yarn from his grandmother. For his next project he will be working on a wall hanging for his room, and his next gift of a another beautiful scarf. He is even planning on some mittens.  Tina said that she already sees improvement on his new projects.

Molly also knits with 2 needles and has been since she was about 4 years old, thanks to their grandmother. The entire family are all active knitters including Brock’s older brother.

Thank you all for sharing.   We look forward to more photos and projects from Brock as he continues to learn knitting on his knitting board.   He can now work side by side with his grandmother as they both knit up beautiful creations.   Grandma is also very active, knitting for her church ministry.

Getting Ready for the Holidays. 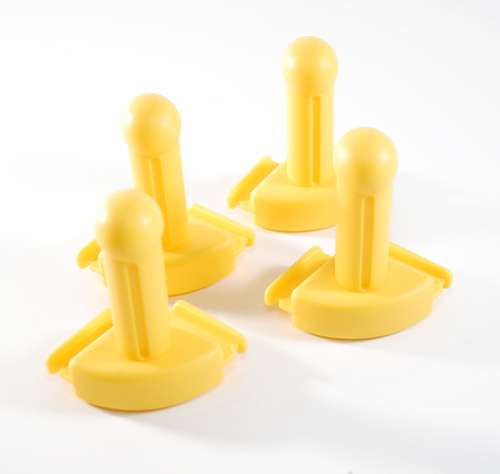