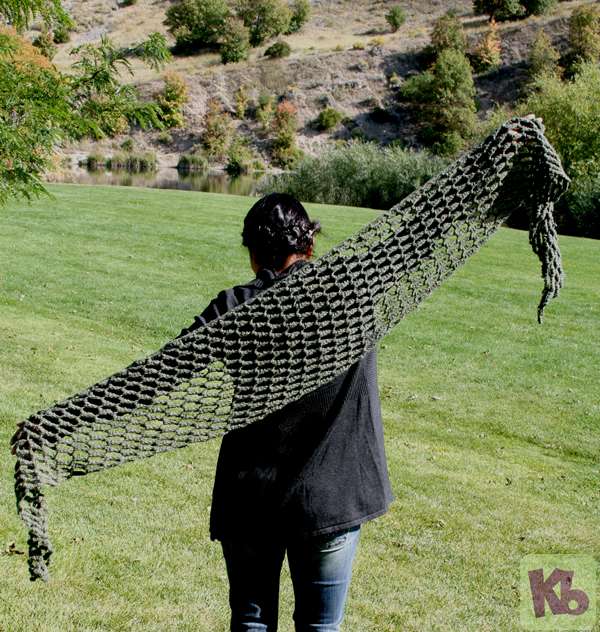 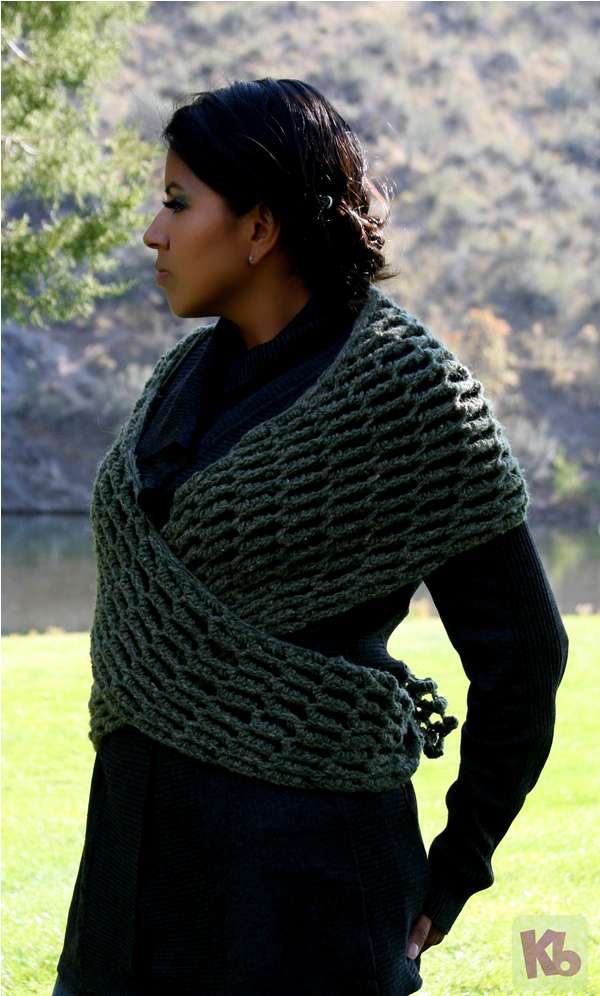 Yarn:  approx. 400 yards of worsted weight wool yarn.  (It is especially important to use a wool or other yarn that has some ‘grab’ to it. This pattern is perfect for hand spun wool, it will not work well with acrylic or other yarns unless they have a brushed  finish  to them)  Two skeins of Carodan Farm worsted weight yarn in the color Bracken were used in the sample.

Gauge: Gauge is not so important in this pattern.

This pattern is written so that you are working in a clockwise direction around the loom. So the beginning of your row will be on the right, and you will work your way left as you wrap.

The spread stitch can be used in other applications, but it is definitely a large gauge stitch, it does not work well with anything but a large gauge loom.

To set up for this stitch: 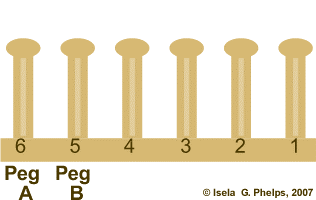 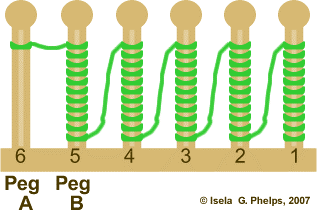 The stitch is worked over two pegs. We will call them A and B.

Peg B will have an odd amount of loops, in this case 11.

Peg A will have one loop, with the working yarn coming from the front between pegs A and B, towards the back of peg B. 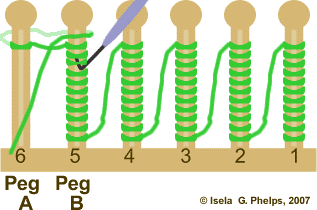 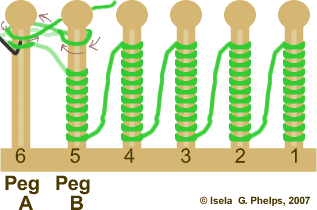 Repeat these three steps until there is only one loop left on peg B.

Then shift to the right. Peg B will now be peg A, and the next peg to the right will be peg B.

Work these two pegs as above, and continue until you have worked all the way back to the beginning of your row.

There will then be 1 loop on every peg, so wrap 10 times around each peg for a total of 11 wraps, an again once around the last peg on the left and repeat.

NOTE: after the first row you will have 2 wraps on the end peg on the left when you set up the row. Before starting the spread stitch knit over that stitch so that only one loop remains. 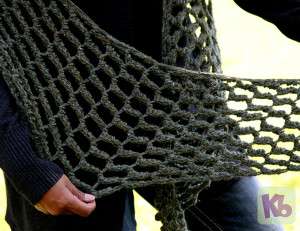 To increase you will simply ‘cast on’ and extra stitch by making 11 wraps on the empty peg just to the right of the beginning of your row before wrapping the others. The working yarn will be wrapped around this peg in a clockwise manner, once you have all 11 wraps bring the working yarn between the first two pegs toward the inside of the loom and wrap the remaining stitches in the row as normal.

Increase the piece by one ‘stitch’ every other row until you have a total of 15  stitches + the peg that has a single wrap on the left end of the row for a total of  16  pegs in use.

Work even until your wrap is half the desired total length, then begin to decrease as described below.

Decreases are made on the right end of the piece where the increases were made. A decrease, like the increases, is made after the entire row has been worked and there is one loop left on each peg.

To decrease: simply lift the loop on the right most peg, and move it over to the left. This loop will be considered wrap #2 on this peg so you will wrap 9 more times around the peg to make a total of 11.

Wrap and knit with the spread stitch as above, decreasing in this manner every other row until you are back down to 6 pegs.

At that point decrease by one stitch every row until there are only two pegs left.

Work that last row and when there is only one loop on each peg lift the loop from the left peg over and place it on the peg on the right.

Lift the bottom loop over the top one and knit off.

If making a Fichu, or open shoulder wrap, cut your working yarn leaving a 6 inch tail and pull the tail through the last loop remaining and remove it from the loom.

If you are finishing this as a poncho, or ‘bow tie’ style wrap then leave a tail about 3-4 yards long for seaming, and pull it through the loop to secure, and remove it from the loom. 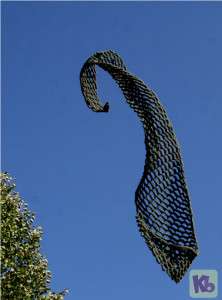 Note: Remember as you finish this piece what was the ‘wrong side’ or back when you were knitting, is going to be the ‘right side’ or front when you are finished with the garment.

For shawl/simple wrap or fichu wrap.

(This is most likely how loom knitters in the 1880’s may have used this stitch pattern in a garment.)

Simply weave in the ends and block as desired.

For re-enactors you may wish to knit a ‘slide’ (directions below) to hold the wrap together in the center front at the neckline.

To make a cross over style fichu, simply add a hook and eye or other closure on the ends of the wrap, place the widest part of the wrap across your shoulders, cross it in the front and secure the ends at the center lower back with the closure.

To make a poncho or bow tie style wrap you will need to seam the piece in a spiral. Lay the piece out on a table and  basically roll it up starting with one end matching up the edges as you go work with the piece until you have a ‘roll’ that will be wide enough to go around your shoulders. You will want to make this a little looser for the poncho, and a little on the snug side for the bow tie style wrap.

To seam, use the yarn tail you left at cast off and run the working yarn through the spread stitches at the edge of the garment alternating back and forth between the two edges being joined.

Once you have the piece joined try it on and adjust the seam for flexibility as needed. Then trim and weave in the ends.

To make a ‘slide’ to gather the center of your bow tie wrap, simply take some of the yarn (or a contrasting yarn if desired) and make a strip about 2 inches wide on your loom in stockinet stitch. Make this piece as long as you desire, or need to wrap around and gather wrap, or secure the wrap in the center and cast off.

For a Fichu slide, simply seam the cast on and cast off end of this piece to create a loop.

For the Bow Tie style wrap, wrap the ‘slide around the part of the wrap that you wish to gather and seam the ends.

You may wish to run a few stitches through the wrap itself to secure the ‘slide’ in place. Weave in the ends and enjoy! 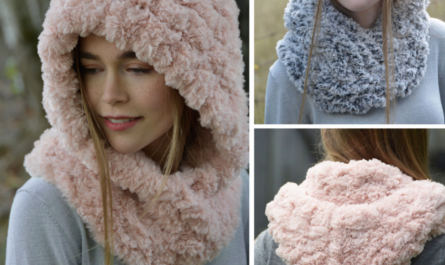 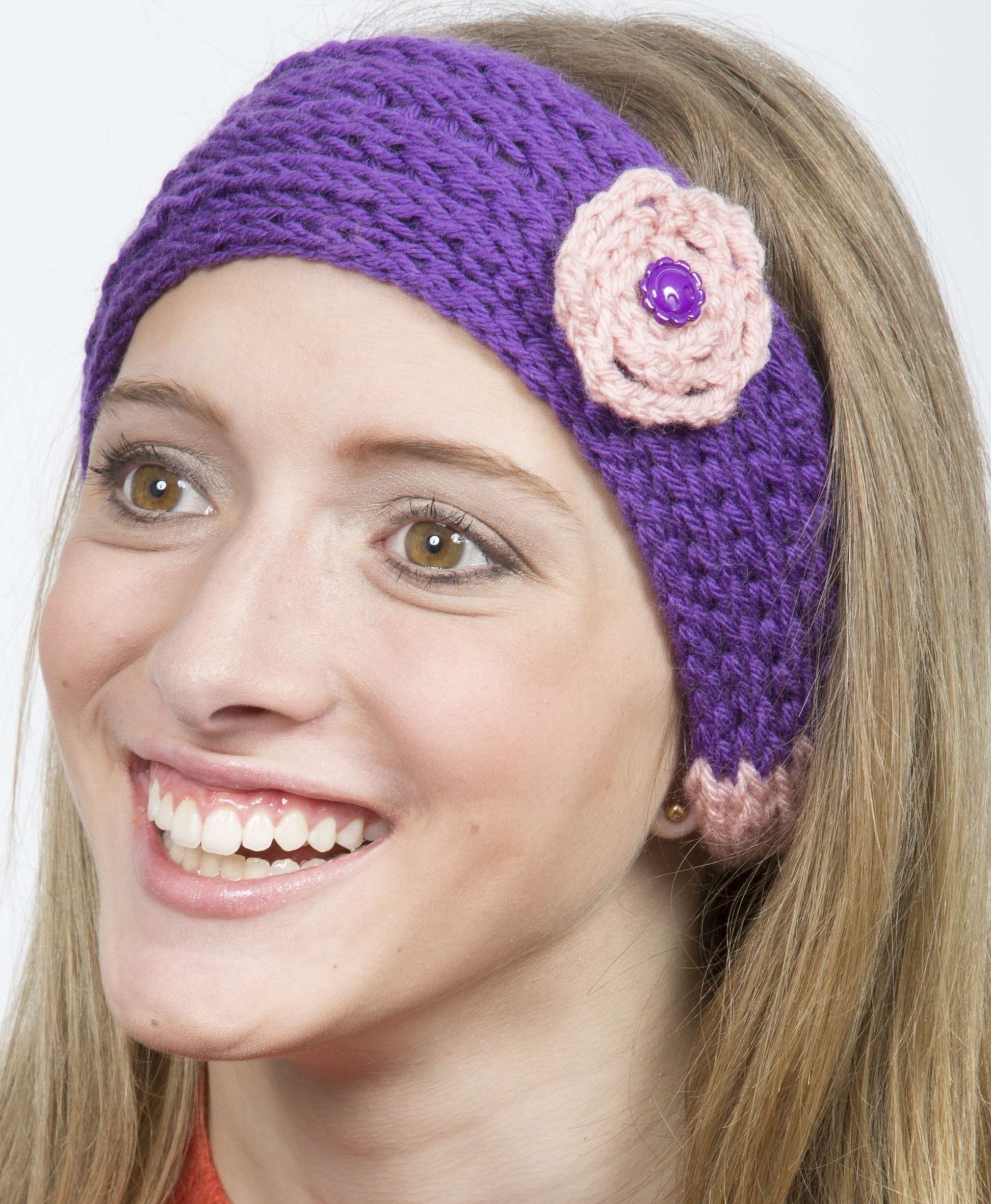 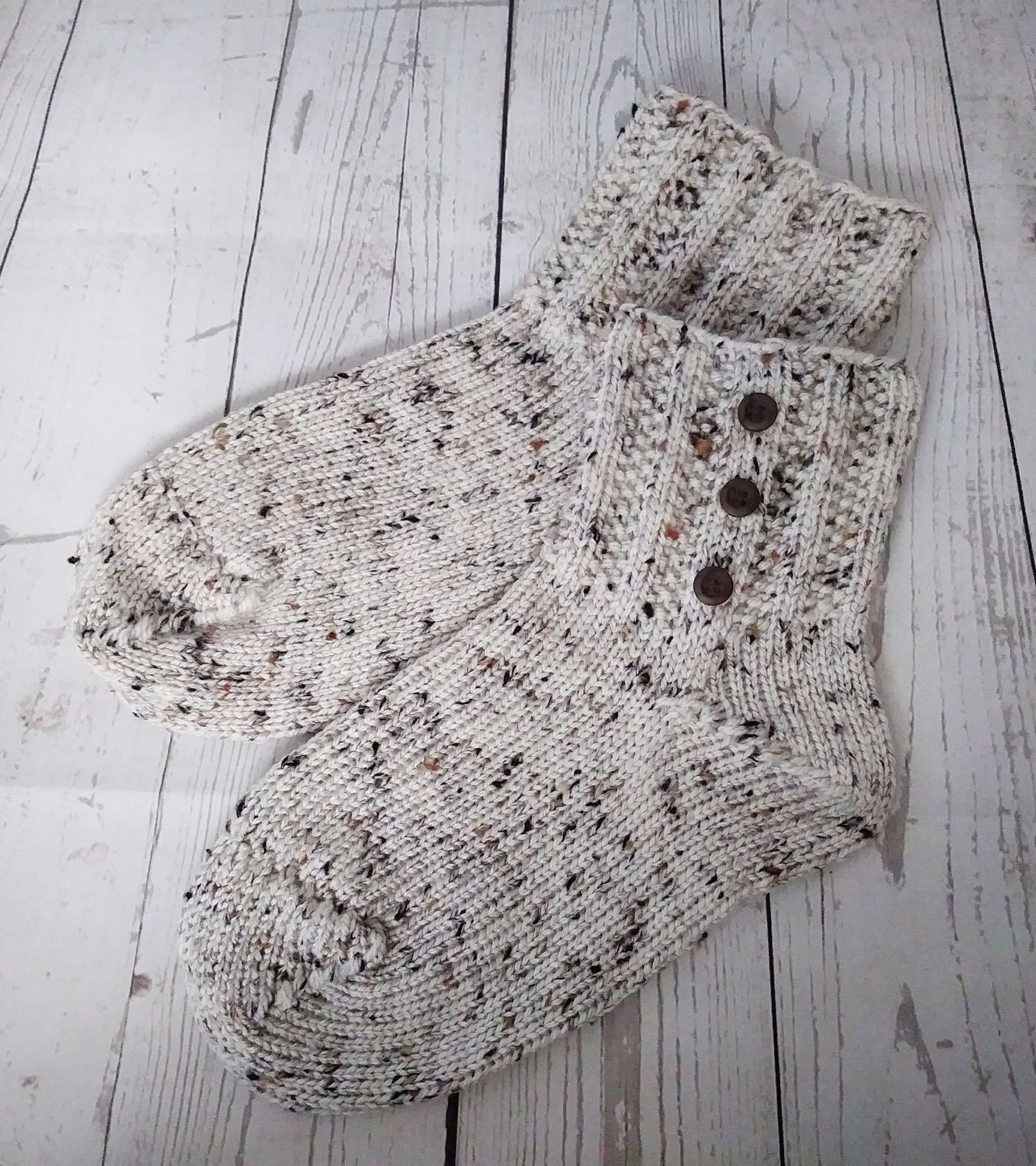