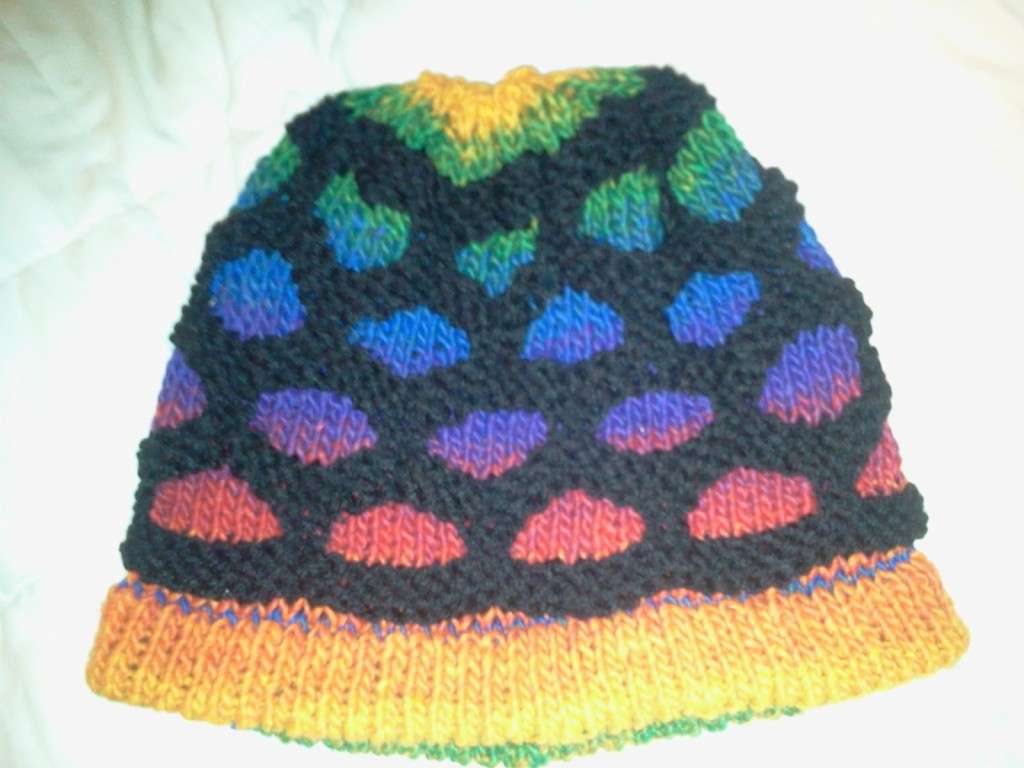 When I saw this cute hat, I knew that a lot of you would be interested in making it. I contacted Renita Harvey, the designer of this darling hat and she was happy for us to showcase her latest design. She has videos demonstrating how to accomplish the stitch pattern. Scroll to the bottom of the pattern to view the videos. Enjoy! And a big thank you to Renita for letting us showcase her design.

Loom: All-n-One loom set for 72 pegs. Sample made on the All-n-One.

Â· Use only one strand of yarn.
Â· Carry yarn to the inside of loom when not using. Do not cut.

E-wrap cast on all pegs.

Place cast on loops back on pegs, knit over

Drop Color A to inside of loom. Add Color B.

Drop Color B to inside of loom. Pick up Color A.

Drop Color A to inside of loom. Pick up Color B.

Drop Color B to inside of loom. Pick up Color A.

Drop Color A to inside of loom. Pick up Color B.

Cut Color B leaving a 6″ tail to weave in. Pick up Color A.

Bind off with flat drawstring bind off developed by Jeannie Phillips.

Â· Video for bind off – http://www.youtube.com/watch?v=WoizvzKpBBA&list=FLhxzf6NF02iXWS1pPGwBH6w&index=16

Â©2013, Renita Harvey. Published on the KnittingBoard.com blog with her permission.

A little bit about Renita~

Renita Harvey is a single mother of 2 young children from Naylor, Arkansas. She graduated from Harding University with a degree in Mathematics in 1994. Due to her health, Renita has been unable to work and has been on disability for several years.

Living with a long term disability can be challenging, especially if someone is unable to work and earn a salary because of their disability. That being said, it is important to remember that financial support is out there for people living with disabilities that are unable to work. Accordingly, you can learn more about long term disability insurance and other financial resources for disabled individuals who are struggling by doing some research online.

As for Renita though, she has found therapy in the form of yarn. Making and designing loom knit items gives Renita a sense of purpose and helps her feel productive at the end of the day. Her love of knitting has even helped her to set up a business from home to boost her income.

Although Renita has always enjoyed all types of crafts including sewing, crochet, beadwork, and cross stitch, loom knitting is her passion. She is self taught expanding her loom knitting knowlege as more information has become available. Her first looms were a spool loom and a very small round loom that were part of a kid’s craft set given to her by her parents when she was about 8 years old. Her first full size round loom was the Knit-A-Round which was also given to her by her parents when she was 13 years old. Her first projects were hats and scarves that she gave as gifts. After putting loom knitting aside for several years, she returned to the craft when her sister bought a Knifty Knitter set.

Over the years, Renita has expanded her knowlege of techniques with loom knit books and the internet. She has only started designing patterns this year. Although she has various looms in different gauges, she loves using her Knifty Knitter long looms and has now added the smaller gauge All-n-One among her most used looms. Renita enjoys knitting a variety of items from afghans to coasters. She gets her inspiration from all places but mostly from the questions “how would you make this?” and “can this item be loom knitted?” 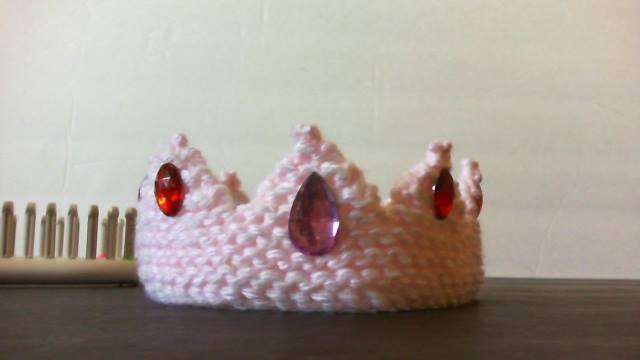 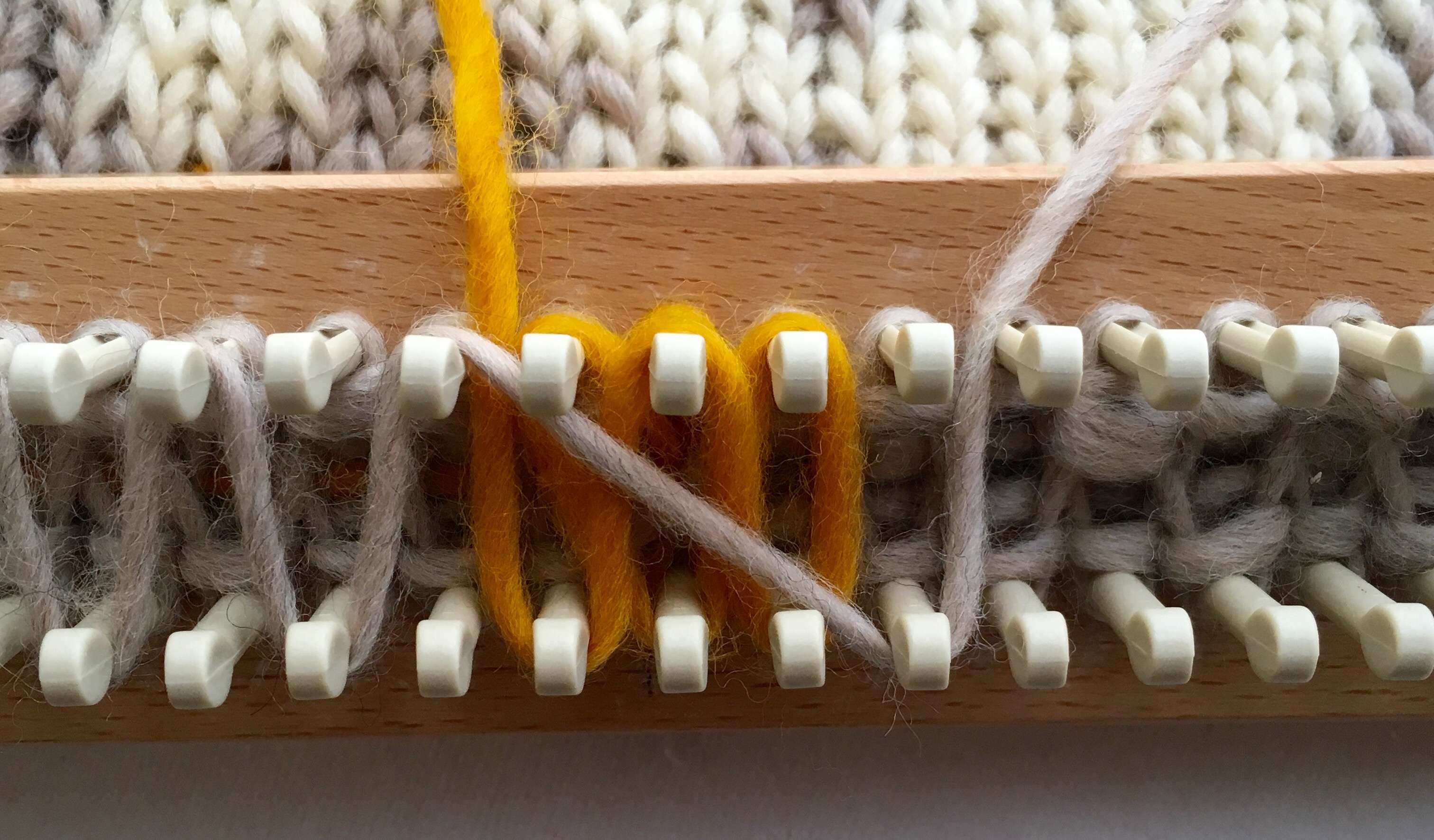 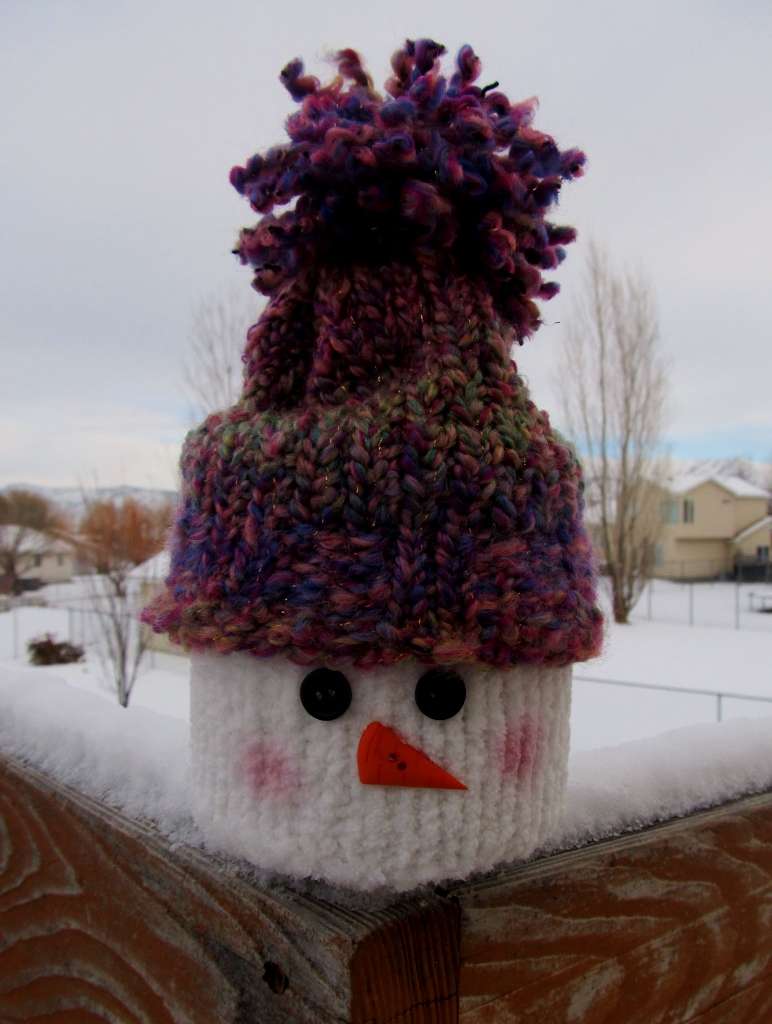 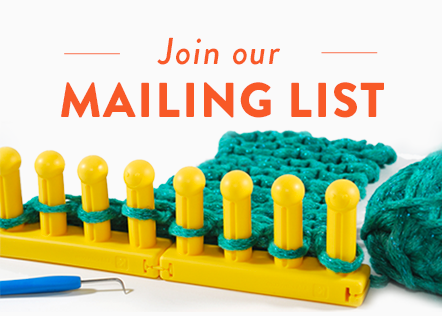