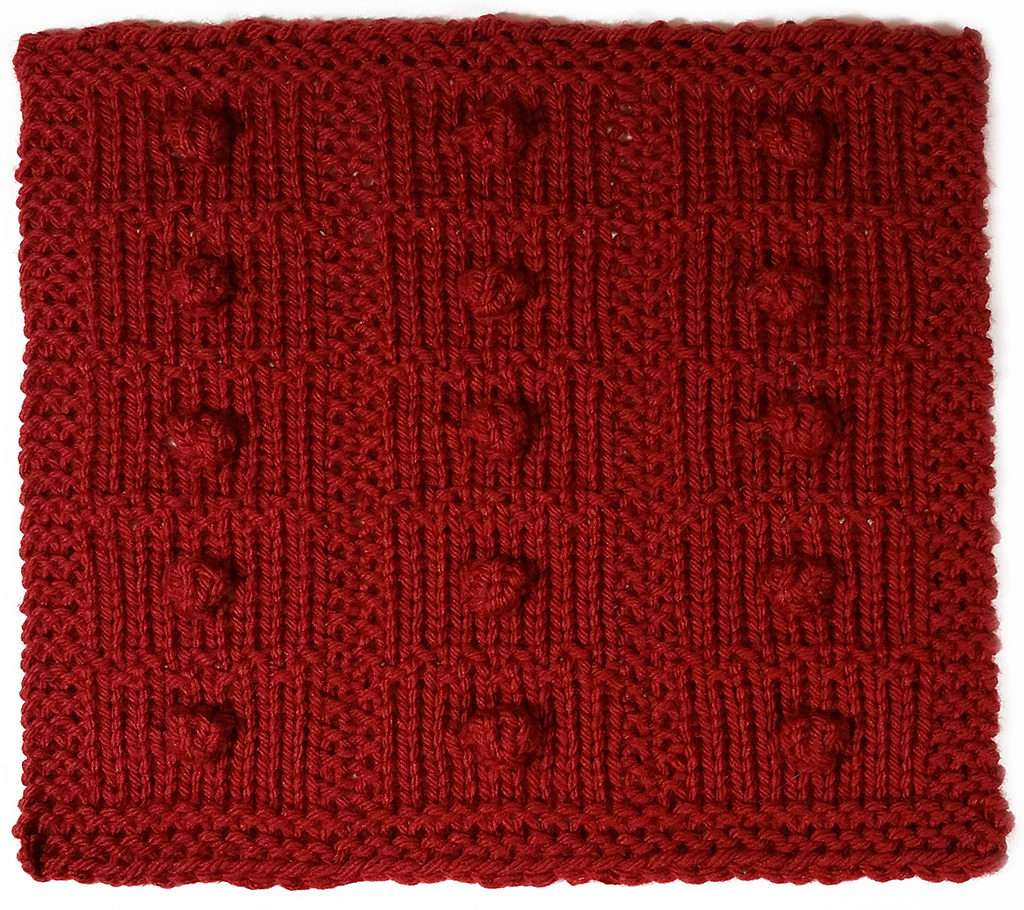 This month is all about creating the classic look of bobbles! There are so many stitches that incorporate bobbles into their design that a column of stitch tutorials would be remiss not to include them. After playing with many different types of bobbles, I came up with a version that is nice and plump and provides that wonderful “pop” that they are famous for. The steps involved in creating these happy little bumps are broken down in written and video format, and the bobbles are then inserted into two repeating patterns for your enjoyment.

When the pattern uses the term “knit” or “k”, please use the true knit stitch or the u-stitch, not the e-wrap, unless otherwise stated.

KO: knit off (lift bottom loop(s) over top loop and completely over the top of the peg)

HH: half hitch (create a loop with WY by twisting in opposite way than when making an EW and place on peg. The WY will be coming from underneath the twist rather than on top.) 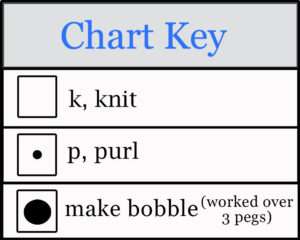 Steps to Create a Bobble (Bobbles can be worked going in either direction on the loom…Simply number the bobble pegs 1-3 in the order they are worked in the first bobble step.):

Step 6: reach down at the back side of the work and pull up the 3 loops from the base of the bobble that were knit in Step 1 and place them back onto pegs 1-3.

Here’s a video of just the steps to make a bobble:

Working Bobbles into a Basic Stitch 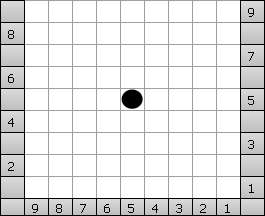 This basic stitch uses a multiple of 9 pegs x 9 rows. The bobble itself requires 3 pegs and is worked on Row 5 only. The extra pegs and rows around these 3 bobble pegs act as a buffer between the bobbles when repeated. The number of “buffer” pegs and rows can be adjusted as desired to meet the needs of the project.

(Cast on from left to right/counter clockwise a number divisible by 9. Begin 1st Row from right to left/clockwise): 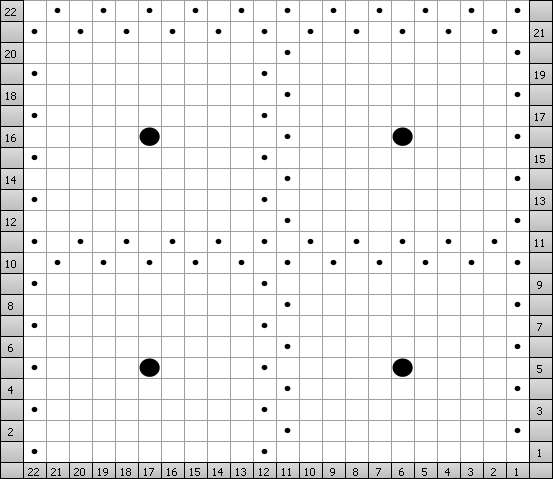 To work this pattern in the round, such as for a hat, use the Repeating Pattern Rows chart, and make sure to read it from right to left for each row, rather than alternating sides each time. Also, cast onto your loom in a clockwise direction, using a number of pegs that is divisible by 22—the number of stitches required for each pattern repeat.

Working as a flat panel (Cast on from left to right/counter clockwise a number divisible by 22. Begin 1st Row from right to left/clockwise):

Repeating Pattern for working in the round (Begin from right to left/clockwise, cast on a number divisible by 22):

Loom FAQs: How Do I Price My Work To Sell?