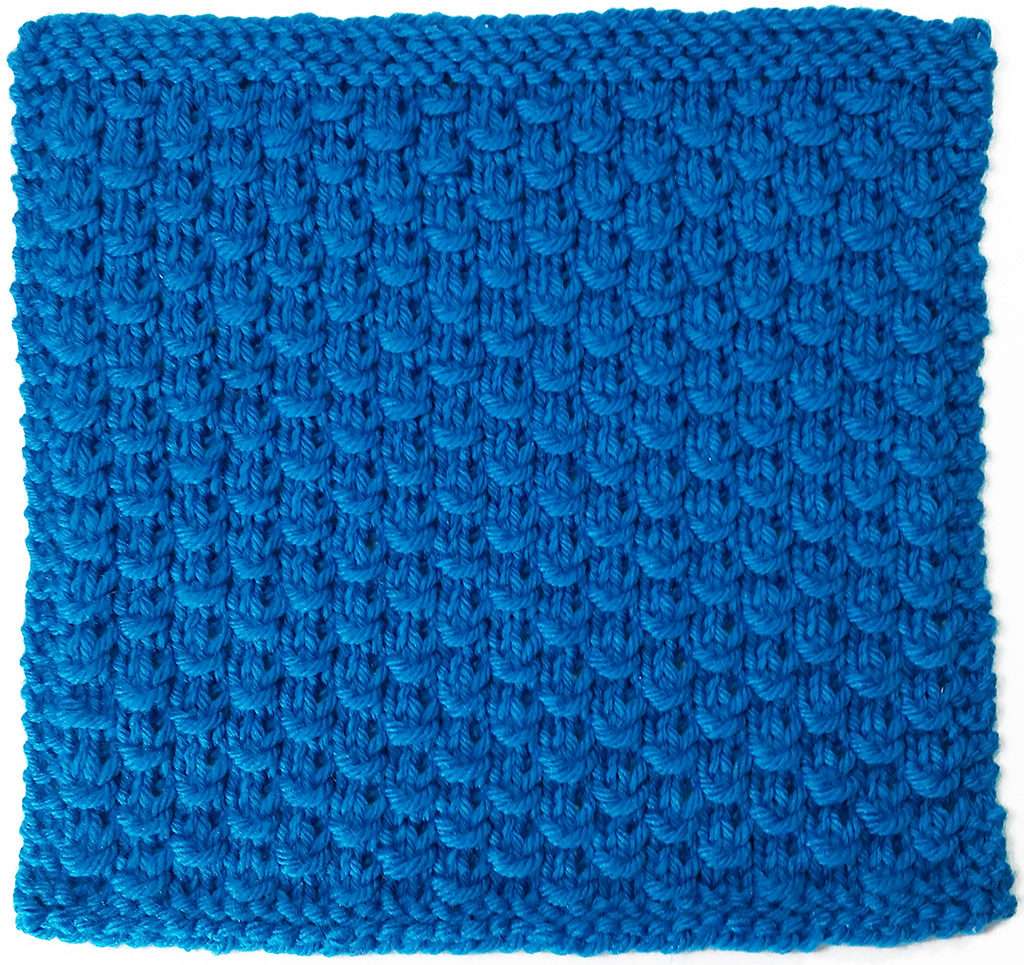 This month’s stitch creates a lacy, yet still plush design that is reminiscent of cresting waves upon ocean beaches, seashells, or even fish scales (holey mackerel, lol!). It uses a new technique of wrapping back and forth between two pegs at a time to achieve this lovely effect.  Feel free to use this stitch for pretty much any type of project, as it is beautiful when viewed from either side.

The “triple wrap around” (TWA) referred to in this pattern is a combination of techniques worked on just two pegs, moving back and forth between them in the following manner (instructions are to begin from right to left/clockwise):

Step 2: Bring WY around to the front of peg 2 and SWYF (slip stitch with working yarn in front of peg: see below for more info) on peg 2 and on peg 1.

Step 4: Bring WY between peg 2 and peg 1 and around to the front of peg 1, creating an E-wrap.

(SWYF) directly translates to: Slip With Working Yarn in Front. This simply means that this peg will not be worked, but will have the working yarn (WY) carried to the front of the work.  To do this, simply remove the loop already on the peg, slip the WY in front of the work and behind the peg, then replace the held loop back onto the peg. 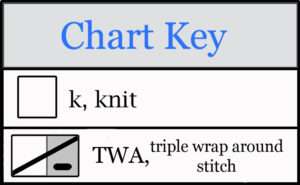 *Note: The stitches in the chart that are bordered with darker lines are the Repeating Pattern Rows/Stitches.

When working in the Round, only repeat the 4 stitches of the Repeating Pattern Rows within the border…the stitches outside the border squares are not worked at all.  Make sure to simply read each row from right to left and work in a clockwise direction. 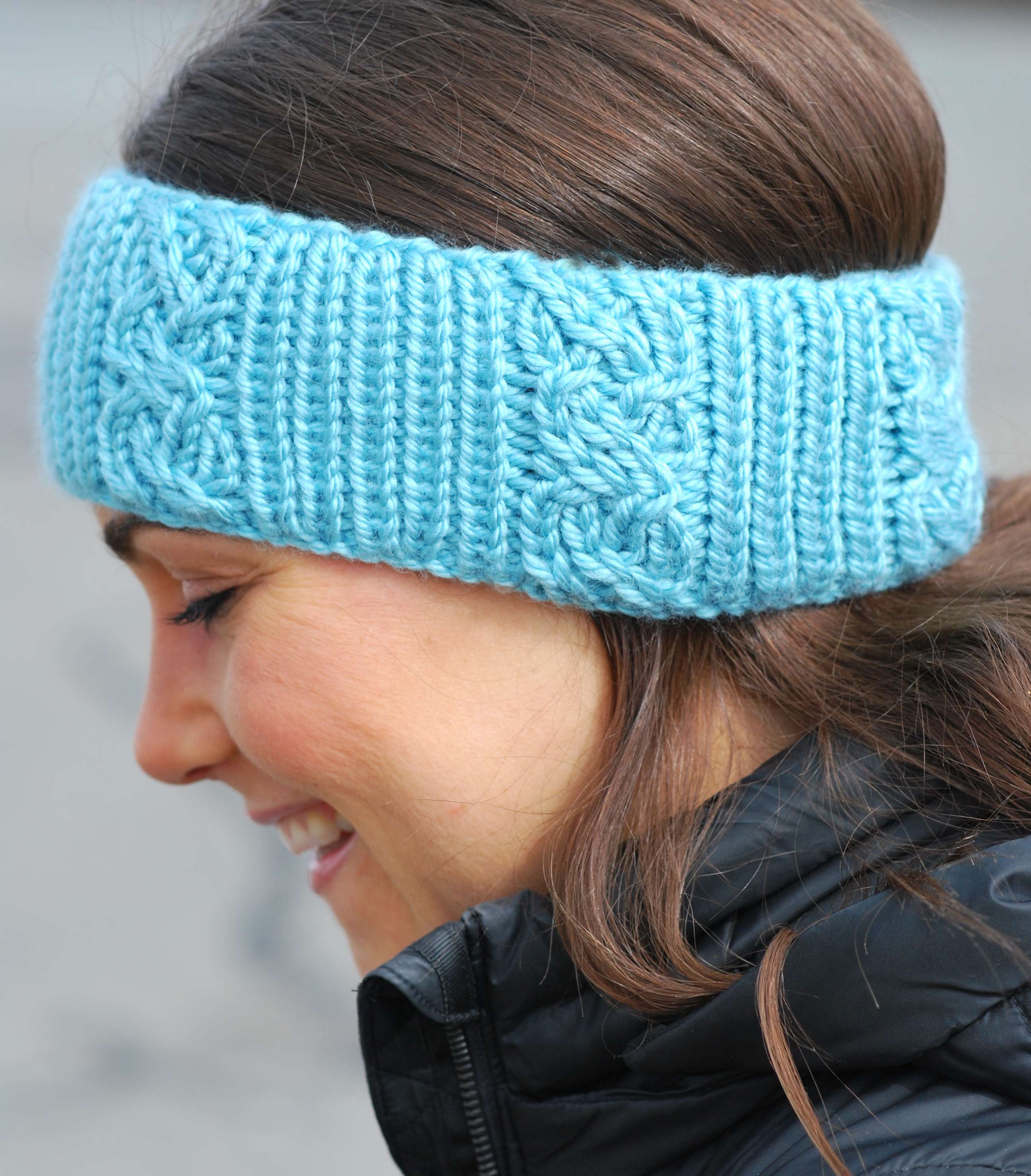 Cable Stitch & Headband (double knit in the round)